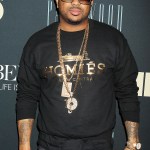 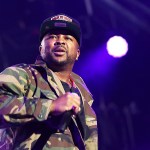 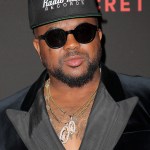 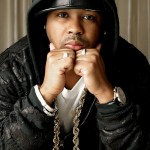 The Dream is back! The R&B legend just dropped a three-part album on the sly, and fans can’t get enough. Listen to all FORTY songs from ‘Sextape Vol. 1-3’ here.

As the name of The Dream‘s three-part album suggests, Sextape Volume 1, Volume 2, and Volume 3 is all about that good, good lovin’. The massive project features 38 songs, which you can listen to below! The Sextape series is the singer’s first album since 2016’s Genesis, but he’s maintained his status as a songwriter and vocalist in the past two years — like on Kanye West‘s killer “Ultralight Beam,” and the 17-minute-long track, “Bed Yeezy Season 5”. It was really just The Dream singing a very extended version of J. Holiday’s 2007 song “Bed,” but we’ll take it anyway.

Regarding Sextape, The Dream said in a statement, ““My goal with the start of this series is to liberate the lives of those who seek love, lust, and honesty. This is me and my lover’s ongoing diary – truly an unapologetic treat to the world of R&B.” He went on to explain that the three-parter’s aim is “to let people into the charisma of his world, telling tales of lavish lifestyle experiences that entice desire, invoking the nature of adulthood and promoting freedom and independence in whichever way you chose to explore as a listener – all while creating quality music that defies trend and shifts R&B culture.”

The Dream’s fans are going wild on Twitter following the surprise release. “Jacques: ‘I’m the king of R&B’ The Dream: *drops 40 track tape,*” one fan wrote. “The-Dream released a 40-track album??? 2 and a half hours of music on one project???? In the year of our lord 2018?????” a shocked and excited fan tweeted. So funny! The tweets kept coming. Another fan wrote, “Ima say this now ima be pregnant from The Dream’s new album.” We’re dying!

Be sure to listen to The Dream’s album above, and by the way — scroll through our gallery above to see photos of the man himself! We’re obsessed with everything about this.