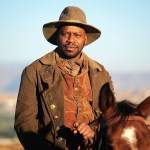 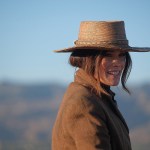 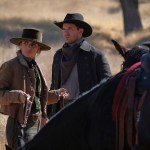 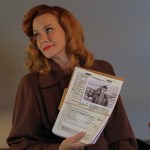 Are you ready, Clockblockers? The ‘Timeless’ crew is reuniting one last time for a game-changing series finale. HollywoodLife spoke EXCLUSIVELY with Matt Lanter about the finale and the impact of the show!

The Timeless series finale airs Dec. 20 at 8 p.m. on NBC. Timeless fans, a.k.a. Clockblockers, have been waiting for this one. They’ve never given up on this show. When the show was cancelled in July 2018 after two seasons, the Clockblockers fought back. Their efforts were rewarded with an epic two-part finale. HollywoodLife talked with star Matt Lanter about the finale and how it all ends. Does the finale leave room for more or is there a definite ending?

“It’s both,” Matt said at an NBC press brunch in Nov. 2018. “I think fans are going to be satisfied with some of the loose ends that are going to be tied up, but also, you know, the very, very final scene, it doesn’t end on us. I think it’s a symbol that time travel is out there, and the possibility is endless, and that it’s bigger than these three time travelers, and I like the way that it’s sort of ambiguous. But, you know, obviously I don’t want to give too much away, but I think there’s something for everybody in there.”

Matt also said that he hopes the show will still have such an impact with fans in 20 years: “I hope it’s one of those shows that, you know, there’s a lot of other shows out there that maybe didn’t last very long, but it’s kind of one of those things where it’s like, ‘Hey, do you remember that show? Oh my god, that was a great show. What happened to that show?’ I hope that’s us, but at the same time, there’s so many platforms out there now, streaming services, and you just never know. I feel like nothing’s dead anymore 100 percent. They’re bringing back so much stuff that the way that we leave it, again, like I said, is somewhat open-ended, and the potential to travel in history, obviously, is endless. There’s so many things we could do. So, it’s still there, and you never know.”

According to NBC, the two-part finale — titled “The Miracle of Christmas Part I/II” — will feature “the Time Team getting a visit from their future selves to find a way to try to save Rufus ). But when the Mothership jumps to 1848 California, they’re forced to put those plans on hold and chase Rittenhouse back to the Gold Rush, where they encounter one of the era’s most dangerous villains. Then chasing the Mothership to Korea in the winter of 1950, our team helps a stranded, pregnant refugee attempt to escape a tragic fate. Stuck with no way out, our team faces its toughest challenge yet, and in the process, come to terms with their feelings for each other.” Timeless also stars Abigail Spencer, Malcolm Barrett, Goran Višnjic, Sakina Jaffrey, Paterson Joseph, and Claudia Doumit.