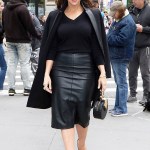 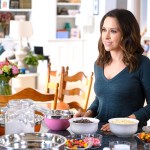 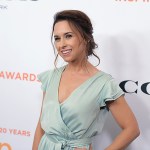 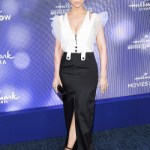 Lacey Chabert is the queen of Hallmark Christmas movies! She returns to the network this season for her 16th movie and her 7th holiday classic, ‘Pride, Prejudice, and Mistletoe’! And, she tells HollywoodLife why this project is so special!

The holiday season is in full swing and what better way to spend the weekend before Christmas than binging seasonal Hallmark movies? And, if you’re as big of a fan as us, you’ll know that Lacey Chabert, 36, (our favorite Mean Girl), is a Hallmark veteran, having starred in seven Christmas movies, including her latest project, Pride, Prejudice, and Mistletoe. “I’m so proud of it,” Chabert said of her 16th movie for Hallmark.

Pride, Prejudice, and Mistletoe, a movie based on the 2017 best-seller by Melissa de la Cruz, follows Darcy (Chabert), a go-getter, who has always worked hard to prove herself and be successful on her own terms — so much that she even chose to start her own company, rather than work with her father. When Darcy returns to her hometown for Christmas, she reconnects with an old rival, restaurant owner Luke (played by Brendan Penny). Luke also happens to be her former debate team rival, which makes the storyline even more exciting. Later on in the film, the two are forced to plan a charity event together. And, as Darcy spends time with her family and Luke, she starts to realize what matters most in life and sets out to mend her relationship with her father, and possibly fall in love.

We caught up with Chabert, the new spokesperson for the new, easy and tasty Tyson Meal Kits — which she swears by, especially with her 2-year-old daughter, Julia who favors Four Cheese Chicken & Broccoli Pasta — to learn more about the film. “My character goes back home to really take a minute and disconnect with her family,” Chabert said about her character. While she didn’t want to spoil anything for you guys, Chabert got giddy when she talked about Darcy “potentially finding love.” If she had to sum up Pride, Prejudice, and Mistletoe, Chabert admitted that the feel-good picture is “a very, very sweet movie that really brings family together. It’s uplifting and that’s part of the reason I love doing these movies.” And, Lacey told us that she turns to Tyson Meal Kits for a great meal with her family after a long day of filming.

Each holiday season, hundreds of thousands of Christmas-movie fans flock to the Hallmark channel. Many fans have even shared their own stories with Chabert about how it’s a holiday tradition in their homes to watch her films every year. “Honestly, I’m really honored to be part of a family tradition. I really aim to make every movie better than the last,” Chabert gushed. “The fans have been so supportive, we really appreciate all of the love on social media.”

Pride, Prejudice, and Mistletoe is airing now on the Hallmark Channel. Chabert’s other recent projects with Hallmark include, All of my Heart: The Wedding (one of her favorites) and The Crossword Mysteries (set for release in March), which will air on the Hallmark Movies & Mysteries Channel.