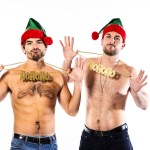 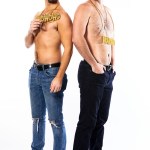 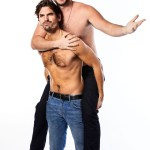 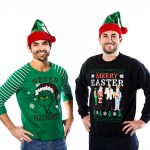 Jared Haibon felt anything but rushed. He revealed the romantic reason he had to pop the question to Ashley Iaconetti after two months of dating during the ‘Bachelor in Paradise’ alum’s EXCLUSIVE chat with HL!

Jared Haibon and Ashley Iaconetti’s engagement in June caught some Bachelor in Paradise fans off guard, after they had become an item just two months prior. It’s been half a year since Jared popped the question, and he took a break from planning the upcoming wedding to stop by HollywoodLife’s Los Angeles office for an EXCLUSIVE interview! “I think I got a glimpse into what my life was like without Ashley, and it –” Jared started, only to be cut off by fellow Bachelor nation star Tanner Tolbert, who’ll be officiating Jared and Ashley’s wedding! “They already knew everything about each other. It wasn’t just like they proposed in a couple months. I mean, they knew each other as long as Jade [Roper] and I had known each other,” Tanner clarified.
Like Tanner and Jade, who were also Bachelor in Paradise stars that got engaged on the show, Jared shares a history with Ashley that goes way beyond a whirlwind romance. “Like Tanner said, Ashley and I have been best friends for so long,” Jared explained. For a quick BIP crash course, Ashley actually crushed on Jared when Season 2 of the show aired in 2015, but her feelings were unrequited. Still, they went on to build a strong friendship, and Jared eventually fell heads over heels for his co-star. “I knew everything about her, and once I got a glimpse into what my life was like without her, and it scared the sh*t out of me,” Jared went on, touching on the point he mentioned earlier. But it wasn’t an epiphany.
“And it made me…not realize, because it was something I already knew, but finally vocalize that this was something I didn’t want,” Jared told us. These sentiments he could finally vocalize — “I want you a part of my life” and “You’re the most important person in my life” — made him “put things in priority.” With that buildup going into the relationship in March 2018, Jared reminisced that “it was just very…This is what I want. This is what I want for the rest of my life, and so it only made sense to put a ring on it.” And it makes sense to us! Jared even added that compared to his once-platonic relationship with Ashley, their “relationship, since dating, has been smoother.”
Jared even spilled on some details about the forthcoming nuptials! “We want to make sure it’s not just the day thing, but maybe a couple day thing,” the ABC star told us, explaining that he doesn’t want his wedding party worrying about a bachelor or bachelorette party. “I’m sure we’re going to still do something. But I don’t know if we’re going to have a planned bachelor party, but if we do, I was also toying with the idea of having a Jack and Jill bachelor party.”
For some holiday cheer, check out HollywoodLife’s very festive photo shoot with Jared and Tanner above!