Paulina Gretzy has spent a week celebrating leading up to her Dec. 19 30th birthday. Now that it’s here, the sexy mom of two is showing off how dirty thirty looks in Vegas wearing a plunging green sequin mini.

Paulina Gretzy has gone full throttle when it comes to turning 30, as it has meant a weeklong celebration with her fiance Dustin Johnson. When the clock turned midnight on Dec. 19, the stunning blonde rang in a new decade of life looking her absolute hottest while partying in Las Vegas. Paulina killed dirty thirty in a green halter mini-dress that showed tons of cleavage. She upped the already high wow factor of her look with thigh-high black suede boots as she stood next to a fountain in her hotel. Her pro golfer sweetheart Dustin is one very lucky man!

It is amazing that this woman a mother of two small kids, with her tiny waist and trim frame. She birth to one-year-old son River Jones, in 2017 also has three-year-old son Tatum. The boys are Dustin and Paulina’s pride and joy, but the Vegas birthday celebration was for adults only. Paulina also shared a photo baring her booty in shorty shorts while holding on to a giant bouquet of pink balloon while strolling poolside. The week has been all about HER and she’s loving every minute of it.

The party began a week ago on Dec. 12 when Dustin, 34, flew Paulina to Aspen via a private jet. She posted Instagram stories pics of her straddling her honey in one of the leather seats. In another pic the bikini model showed a snowy landscape out the window, even including a “dirty thirty” birthday countdown clock that was ticking down. Once they got to Aspen, Dustin decorated the house they were staying in with tons of  black and while balloons and had lettered ones in silver mylar that spelled out Paulina’s name above the fireplace. “I literally have the best man in the world,” she wrote over the photo and included the message “Thanks Baby,” and tagged Dustin. After Aspen, it was on to Vegas for the big day itself. 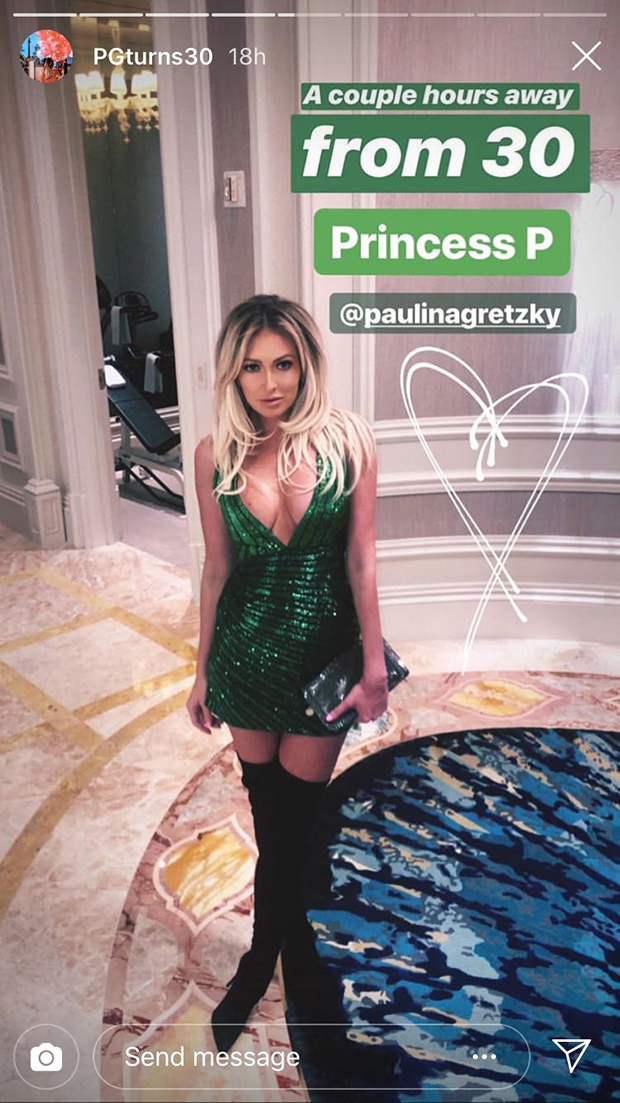 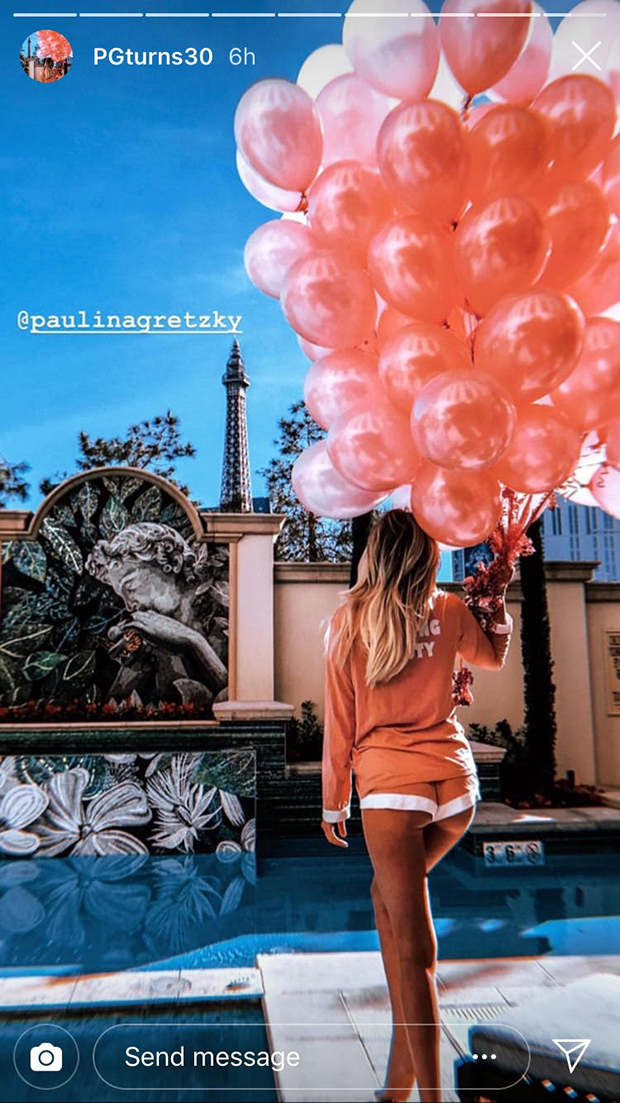 The couple just celebrated eight years together after weathering a possible cheating scandal in September. Paulina was so upset the scrubbed her social media of pics that included Dustin, and he later put out a statement that “Every relationship goes through its ups and downs, but most importantly, we love each other very much and are committed to being a family.” A few weeks later Dustin and Paulina were seen making out after the Ryder Cup in Paris and it’s been nothing but bliss ever since.