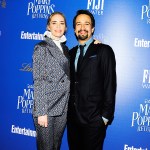 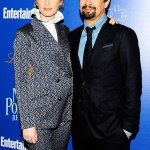 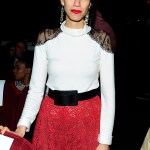 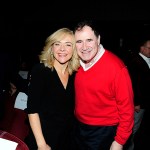 Lin-Manuel Miranda and Emily Blunt make magic on the screen in ‘Mary Poppins Returns.’ The ‘Hamilton’ creator raved over his co-star’s portrayal of the iconic Mary Poppins in an interview with HollywoodLife.

Recreating a timeless, beloved character like Mary Poppins isn’t easy, yet Emily Blunt flawlessly did so, and in her own way. At a special screening of Mary Poppins Returns, hosted by The Cinema Society with FIJI Water and Lindt Chocolate, Emily Blunt and her co-star, Lin-Manuel Miranda, were all smiles before attendees witnessed them in Walt Disney’s latest masterpiece on the big screen. Ahead of the screening, in an exclusive interview with HollywoodLife.com, Lin-Manuel spoke to HollywoodLife.com about Emily stepping in to Poppins’ funky shoes. “Oh I think the reminder she gives us is sort of eternal,” Lin explained. “Which is that your perspective on things dictates how you enter the world and she shifts that for us in a really radical way.” Or, as we like to say, in the most delightful way!

In Mary Poppins Returns, the Tony, Emmy, and Grammy award-winning actor plays Jack, a leery who was an apprentice to Bert in the original film. As his lights the lampposts throughout London, Jack also assists Mary Poppins in taking the Banks children on new adventures and helping them believe in the impossible. Of course, Lin-Manuel also partakes in some incredible dance sequences and songs of his own! His ‘Trip A Little Light Fantastic’ is a perfect homage to Dick Van Dyke‘s ‘Chim-Chim-Cher-ee,’ with its own modern flavor and absolutely epic choreography. Then, Lin-Manuel’s rapping ability comes in handy when he and Blunt take the stage at the The Royal Doulton Music Hall, and he tells a short story in their fun duet, ‘A Cover Is Not The Book.’

While there may be no ‘Supercalifragilisticexpialidocious’ in Mary Poppins Returns, composer and lyricist Marc Shaiman teased that the new music fits right in with the original fun! “Scott [Wittman] and I certainly wrote songs that would sound like they lived on the same Cherry Tree Lane. We didn’t try to absolutely imitate and certainly we didn’t try to write a song with a 32 letter hard to pronounce word,” he joked in an EXCLUSIVE interview with HollywoodLife.com. “But, via the underscore that I wrote for the movie, I was able to use every now and then a melody from the first movie just to set the right emotional moment. So it all ties together.”

You can see Mary Poppins Returns, in theaters today!