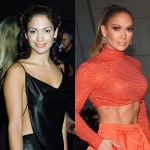 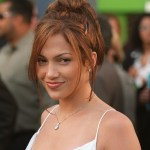 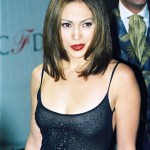 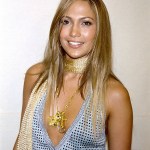 Jennifer Lopez must be aging backwards! Check out her beauty evolution through the years to see her different makeup and hair looks! From her dark, long locks in 1996, to her dirty blonde bob in 2018 — we have her best beauty photos!

Jennifer Lopez needs to fill us in on what she’s doing to look completely ageless at 49! Today, the triple threat — a talented singer, dancer and actress — looks almost identical to her red carpet look at the premiere of Selena in 1997! From her smooth skin, to her bright smile and healthy hair, J.Lo still lights up the red carpet. Her beauty evolution has impressed us so much that we looked back through the archives and pulled some of her best photos over the years. Take a look at her hair and makeup transformation and let us know which look is your favorite!

Lets throw it back to the ’90s, shall we? Although she was a fresh face on the Hollywood scene, J.Lo managed to march to the beat of her own (beauty) drum. If you take a look at the first photo in our attached gallery, you’ll see the Bronx native in one of her first head shots from 1996… Yes, they were required to get a gig back then. And, at the time, J.Lo was a young dancer and singer, just beginning to make waves in the industry.

In her head shot, she appeared fresh-faced with minimal makeup on besides some rosy blush. Her eyebrows appeared to be colored in slightly, and she looked like she was wearing a pale pink blazer with a flower corsage. Oh, how the times have changed concerning fashion choices! J.Lo’s dark, brunette hair was blown out with voluminous waves. — That look was a far cry from her hair and makeup just two years later at the 1998 Academy Awards. 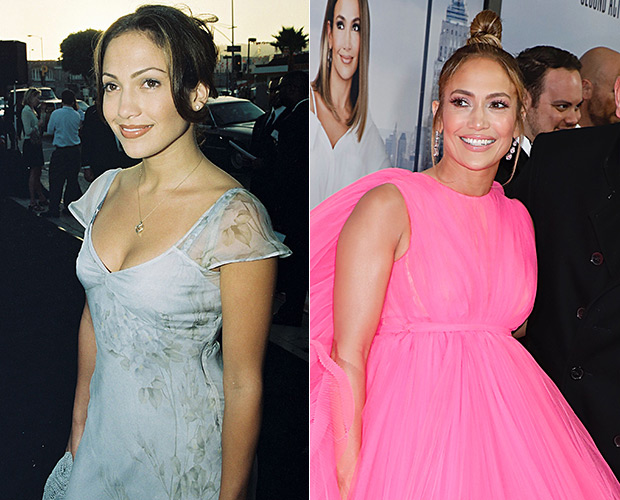 J.Lo showed up to the ’98 Academy Awards with a full face of makeup and a half-up-half-down do’. She hit the red carpet with a two-tone pinkish-brown lip and two-tone blue and green eyeshadow. Her hair, which had blonde highlights at the bottom and dark roots, was poker straight with a few pieces that fell on her face.

Then, fast-forward to the 2000s, where J.Lo’s hair and makeup only continued to upgrade. The 2000s were major smokey-eye years for the singer, who rocked dark, shimmery eyes for numerous red carpet looks.

While all of her looks were stunning in their own ways, J.Lo had an amazing beauty year in 2018. She mostly played with styles that consisted of long, wavy hair or top knots. But, it was her beauty that was more diverse in 2018. She incorporated more pink tones in her eye makeup. Nonetheless, maybe it was her natural glow since her relationship with Alex Rodriguez got a lot more serious. The pair shared the most photos of their blended family in 2018, and talked about their future a lot more candidly. And, let us add that her body has never looked better!

Take a trip down memory lane with J.Lo by clicking through our attached gallery of her beauty evolution! And, be sure to let us know which look is your favorite in the comments!