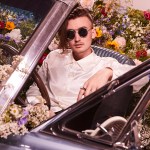 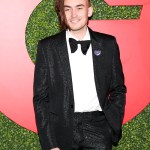 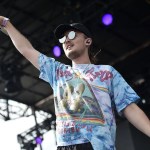 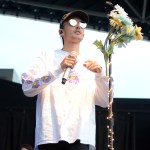 Gnash’s new music video will have you reminiscing on the emo glory days of My Chemical Romance & Panic! At The Disco. Watch it here!

gnash, 25, is making our emo dreams come true. The Los Angeles based singer just released his new music video for “t-shirt,” and it’s an epic tribute to all his biggest influences! In the clip, gnash flawlessly pays tribute to the likes of Paramore, Panic! at the Disco, Blink 182, and more bands of the early 2000s. The track, a breakup anthem, is set to appear on his forthcoming debut album ‘we’ due out January 11th.

Those hoping to catch gnash live are in luck. The singer will head out on his headlining The Broken Hearts Club tour beginning January 8th in Santa Ana, with special guests Carlie Hanson, Guardin, and Mallrat. The 22-city North American trek will hit a number of major cities including Nashville, New York, Chicago, and San Francisco, and will then wrap up in Los Angeles!

Remember the name, because gnash isn’t slowing down anytime soon. His breakout video, i hate u, i love u, featuring Olivia O’Brien, racked up over 400 million views on Youtube, and with this new video, he clearly is keeping his creative charisma flowing.

Catch all of Gnash’s upcoming tour dates above! The singer is making his way to just about every major city in the U.S. Which show will you be at?