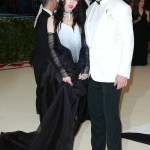 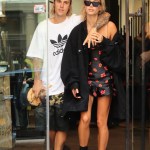 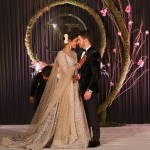 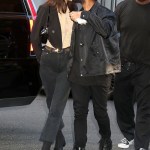 Love was in the air this year, and so many celebrities got together! See pics of the cutest, and most shocking, new couples of 2018!

Two thousand eighteen was a terrible year, and nobody can argue against that. But, there was still one bright spot in this trash heap (besides Gritty, of course) — so many couples met and fell in love this year! While some couples unfortunately didn’t last, others went full-blown whirlwind romance and already got married. From Nick Jonas and Priyanka Chopra, to Justin Bieber and Hailey Baldwin, these unexpected pairings were the most shocking of 2018!

Think back to 2008 when you were at the height of your Jonas Brothers craze. Would you ever think that Nick Jonas would grow up to marry one of Bollywood’s biggest stars? Fans on both sides were utterly shocked when the “Jealous” singer, 26, and Quantico star Priyanka Chopra, 36, started dating in early 2018. And even doubly so when they got engaged, then married, within just a few months! Nick and Priyanka have been together for less than a year, but their love is true. The couple took part in a whirlwind, days-long wedding celebration in India in early December, which featured both a Christian and a Hindu ceremony. There were multiple dresses, including one with a 75-foot train, lots of grandeur, and celebrity guests.

Justin Bieber and Hailey Baldwin dated in the past, but nobody could have ever imagined what happened in 2018. Shortly after breaking things off with Selena Gomez (again), Justin, 24, rekindled things with Hailey, 21. It was just months later that he popped the question with a $500,000 engagement ring that he designed himself. The couple quietly married at a courthouse in NYC, and now one of the hottest models in the game is named Hailey Bieber. So exciting!

For more pics of 2018’s most shocking new couples, like Bella Hadid and The Weeknd, Chris Pratt and Katherine Schwarzenegger, and more, scroll through our gallery above. Love is real, kids.