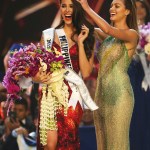 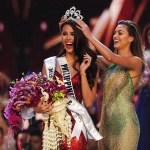 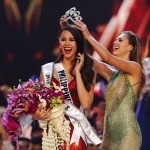 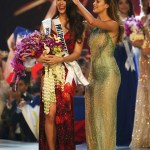 Miss Philippines has been crowned Miss Universe 2018! Here are 5 things you should know about Catriona Gray.

It’s official! Miss Philippines has been named as the 2018 winner of the Miss Universe pageant! Now that she’s been crowned, here are five things that you should know about Catriona Gray.

2. She has a song in her heart. Gray “is known to spontaneously burst into song,” according to the Miss Universe website. It makes sense considering she has a major love for the arts and earned her Master Certificate in Music Theory at Boston’s Berklee College of Music! She was also the lead singer of her school’s jazz band and starred in local productions of Miss Saigon.

3. She’s always down for an adventure. She’s apparently a “great travel buddy” and “definitely not a ‘scaredy cat,'” according to her bio, which notes that she enjoys zip-lining. Gray also has a Certificate in Outdoor Recreation and a black belt in Choi Kwang-Do martial arts. Neat!

4. She’s an activist. Gray is an HIV/AIDS awareness advocate at Love Yourself PH. She also volunteers as a teacher’s assistant to the students of Young Focus, a non-government organization dedicated to giving underprivileged children and young people from the Philippines better access to education.

5. She loves her culture’s cuisine. The model loves chowing down on traditional Filipino dishes like adobo, balut, and sweet mangoes.