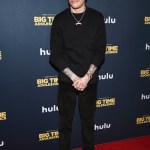 This is so heartbreaking. Just moments after Pete Davidson took to social media to defend Kanye West for speaking out against mental health, he told his followers he doesn’t ‘want to be on this Earth anymore.’

UPDATE #2 (Dec. 15 3:48pm ET): Ariana Grande has revealed she’s at Rockefeller Center, where they film SNL, and she’s attempting to give Pete Davidson the support he needs. In a now deleted tweet posted at 3pm ET, Ariana wrote, “I’m downstairs and I’m not going anywhere if you need anyone or anything. I know u have everyone u need and that’s not me, but i’m here too.” (See her tweet below.)

UPDATE #1 (Dec. 15 3:12pm ET): After Pete Davidson posted his disturbing messages on Instagram and then deleted his account, several celebrities tweeted about the situation. Machine Gun Kelly said he was jumping on a plane to go be with Pete, while Jon Cryer said Pete is at SNL, rehearsing for tonight’s episode, and accounted for. The NYPD also received a number of calls from fans who are worried about Pete, so they reportedly sent officers out to find him and check on his welfare, according to TMZ. Sources close to Pete also told the site that the comedian’s “emotional turmoil has escalated recently” and they’re “very worried about him.”

ORIGINAL: Pete Davidson‘s fans have become extremely worried about him after the Saturday Night Live star, 25, took to Instagram on Dec. 15 to say that he doesn’t “want to be on this Earth anymore.” The shocking revelation, which has since been deleted along with his entire IG account, came just minutes after Pete defended Kanye West for speaking out against mental health on Twitter over the last few days. Initially, fans speculated that Pete was defending Kanye after his ex, Ariana Grande, publicly shamed him for doing so moments before she was to release her new song, “Imagine”, but whether or not that’s accurate is still up for debate.

Anyway, Pete’s heartbreaking message said the following: “I really don’t want to be on this earth anymore. I’m doing my best to stay here for you but I actually don’t know how much longer I can last. all I’ve ever tried to do was help people. just remember i told you so <3”. Immediately after he shared the disturbing message, fans threw their support behind him in attempt to make him feel better. “Pete! Be strong for yourself if no one else,” one person wrote, while another added, “Noooo, stop it.” Clearly, Pete’s fans are worried about him, as are we.

Just two weeks ago, Pete also took to social media to slam online trolls for harassing and bullying him. However, at the time he insisted that he would never kill himself no matter how hard people tried to get him to.

Both of these messages were posted after Pete and Ariana ended their engagement and he was forced to apologize for making a joke about a wounded vet on SNL. It’s been a tough year for Pete, but we hope he leans on those around him and gets the support he’s looking for. 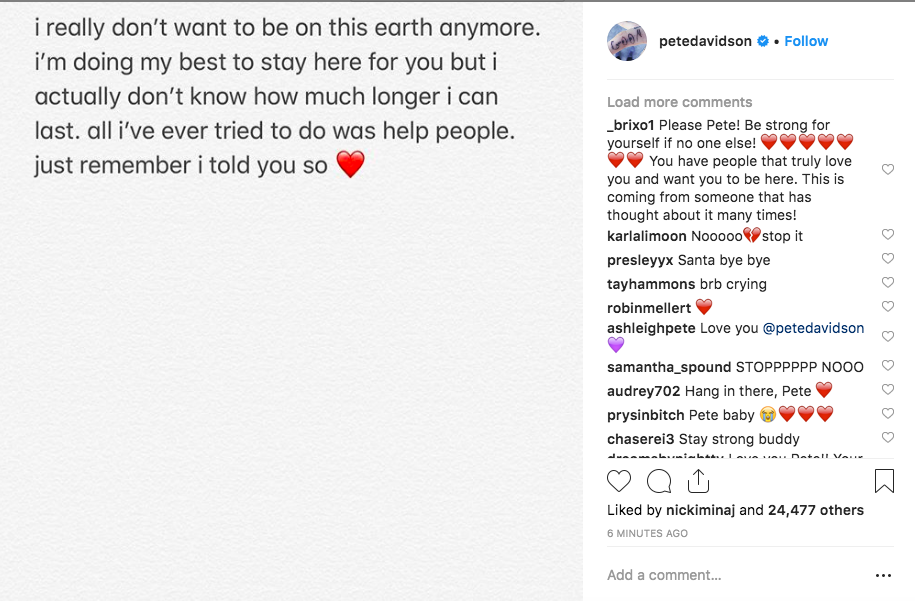 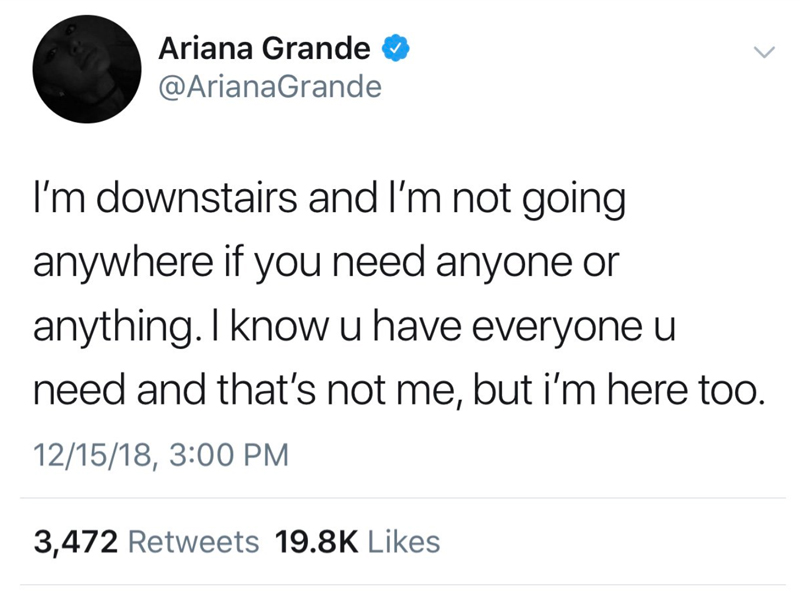 If you or someone you know may be struggling with suicidal thoughts, you can call the U.S. National Suicide Prevention Lifeline at 800-273-TALK (8255) any time day or night, or chat online.