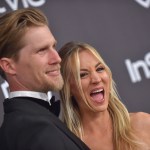 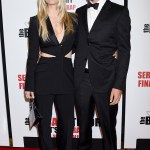 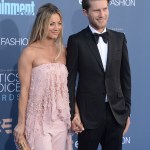 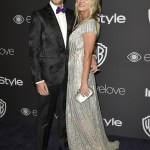 Kaley Cuoco married Karl Cook in June, but they waited until December to take a dream honeymoon to snowy Switzerland. We’ve got the gorgeous pic.

Kaley Cuoco married her equestrian husband Karl Cook in a gorgeous horse-themed wedding on June 30, but they didn’t go on a honeymoon right away. Now the lovebirds are on a getaway to the winter wonderland that is Switzerland in December as a belated trip. It’s the perfect time of year with festive Christmas coming up. The pair posed together for a cozy looking photo with the world-famous mountain the Matterhorn off in the distance with bluebird skies above. It looks to be frigid outside but the couple stayed warm between their heavy down jackets, warm caps and passionate love for each other.

“The Honeymooners” the 33-year-old actress captioned the snuggly looking photo she posted to Instagram on Dec. 14. The couple looks even more in love today than they did on their wedding day six months ago. They’re staying in the ski resort town of Zermatt so there’s plenty of outdoor activities for the bundled up duo. Both Kaley and Karl are talented equestrians — they met through horse jumping competitions — but maybe they’re just as good at blazing down the slopes of the Swiss Alps?

Instead of going on a honeymoon right after their nuptials, The Big Bang Theory star used her summer away from filming the show to get a shoulder surgery that she kept putting off. She went under the knife five days after their wedding, sporting a shoulder sling for the following month. But it was the right time to do it because she was on summer hiatus from filming BBT and she had a brand new husband who tended to her every need. 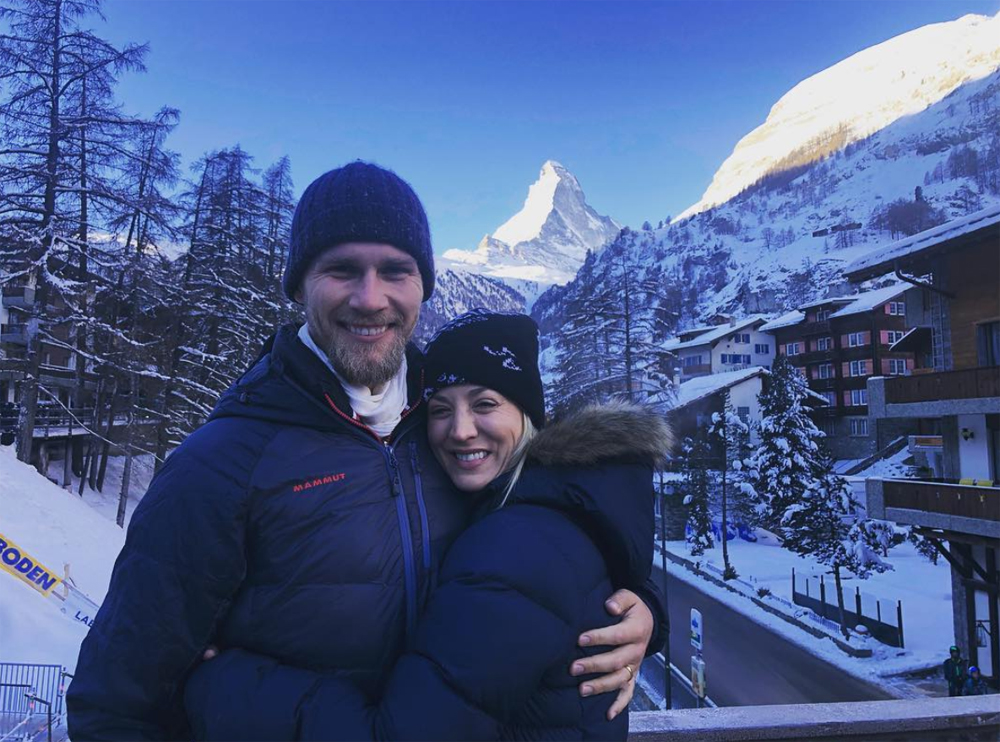 Kaley and Karl got engaged on Nov. 30, 2017 — her 32nd birthday — and she literally could not stop crying tears of joy when he proposed. The 27-year-old — whose father Scott is the billionaire co-founder of Intuit business software — filmed the moment he presented her with the ring and it was everything! Kaley never saw it coming, as they were at home in her kitchen while hanging out with a few friends. She was wearing a t-shirt, faded jeans, was makeup-free with her hair pulled back in a messy ponytail. Not the most romantic of settings to pop the question, but she sure was surprised when he presented her with a massive pear-sized diamond.

For her birthday this year, Karl shared a collage of photos of the pair on his IG account and wrote “Omg!!! I love you so much. What a year we have had. From getting engaged and married to adopting ponies and rabbits and shoulder surgery. Everyday I love you more and more my angel. You are my whole world. Happy birthday!!!!” Now they’re finally getting around to their honeymoon.