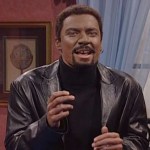 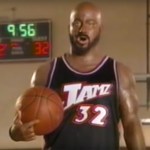 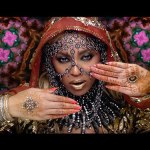 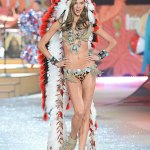 Who thought this was a good idea? People are furious after seeing Prada’s new monkey-like accessories, which many believe depict blackface tropes.

One big yikes…Prada has removed its monkey-like accessories from storefronts and its website on Dec. 14. The purge comes after a post from attorney Chinyere Ezie went viral the day prior, who pointed out that the trinkets have an uncanny similarity to the main character of a book from 1899. “Today after returning to NYC after a very emotional visit to the Smithsonian National Museum of African American History and Culture including an exhibit on blackface, I walked past Prada’s Soho storefront only to be confronted with the very same racist and denigrating #blackface imagery,” Chinyere posted to Facebook on Dec. 13, along with photos of the insensitive charms that were compared to the blackface exhibit at the museum. “I entered the store with a coworker, only to be assaulted with more and more bewildering examples of their Sambo like imagery.”

“When I asked a Prada employee whether they knew they had plastered blackface imagery throughout their store, in a moment of surprising candor I was told that *a black employee had previously complained about blackface at Prada, but he didn’t work there anymore,*” the attorney, who works for the Center for Constitutional Rights, continued. She ended the protest by writing, “History cannot continue to repeat itself. Black America deserves better. And we demand better.” A wave of people rightfully agreed. “Hate to break it to you guys, this ain’t the future. It’s the past,” one Twitter user wrote, tagging Prada. “The very recent, racist past and it’s all too present now, clearly #blackface #sambo #slavery still in vogue, apparently.” The store that the lawyer photographed (below) is now plastered with paper, as she revealed in another Facebook post on Dec. 14.

Prada has already issued a statement, albeit without an apology. “#Prada Group abhors racist imagery. The Pradamalia are fantasy charms composed of elements of the Prada oeuvre. They are imaginary creatures not intended to have any reference to the real world and certainly not blackface,” the label tweeted on Friday. In a follow-up tweet, Prada continued, “#Prada Group never had the intention of offending anyone and we abhor all forms of racism and racist imagery. In this interest we will withdraw the characters in question from display and circulation.” A majority of Twitter was still unsatisfied, with calls for a more diverse team behind Prada’s walls.

Thanks to #blackface @Prada, now you can take #sambo home with you for the holidays #StopRacism #StopBlackface #StopPrada pic.twitter.com/5t2cvosLIF

[1/2] #Prada Group abhors racist imagery. The Pradamalia are fantasy charms composed of elements of the Prada oeuvre. They are imaginary creatures not intended to have any reference to the real world and certainly not blackface.

As for how an accessory with the same face as blackface tropes made it to store shelves, Prada’s website said the new collection of “Pradamalia” creatures are designed to be a “family of mysterious tiny creatures that are one part biological, one part technological, all parts Prada.” The designer also forgot to include they’re one part of unfortunate history.