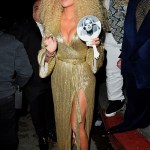 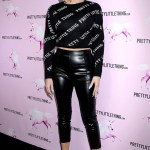 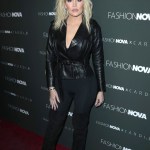 Khloe Kardashian has never looked better! She showed off her new blonde hair and tiny waist in a new selfie, wearing a bedazzled bra top! Is this her sexiest selfie yet? See her toned abs and smokey eye, and tell us what you think!

Khloe Kardashian, 34, had to have been feeling herself in a new selfie she posted online, because the mother of one has never looked hotter! She showed off her tiny waist and toned abs online, just eight months after giving birth to her daughter, True Thompson in April. Khloe put her brighter blonder locks on display in the snap, which also bared her cleavage in a jeweled bra. She was sparkling from the chest up, with shimmery, silver eyeshadow atop her smokey eye.

It’s unclear what exactly Khloe was doing while she snapped the sultry selfie. It’s possible she could’ve been shooting for her athleisure brand, Good American, Keeping Up With The Kardashians, or a secret shoot. Either way, Khloe’s post baby body is inspiring to say the least. From balancing motherhood, work and her tumultuous relationship with Tristan Thompson, Khloe’s proving she can do it all while looking fierce as hell.

Khloe has always been candid about her fitness journey, and has admitted that the gym is a therapeutic place for her. After she welcomed baby True, she revealed that she was working on losing a total of 50 pounds. Khloe admitted on her app back in September that she was “shocked” that she had already lost 33 pounds of baby weight in her first three months after giving birth. “I really thought it would be more of a challenge since I’ve struggled with my weight my entire life. I’m the queen of yo-yoing,” she wrote on her app. 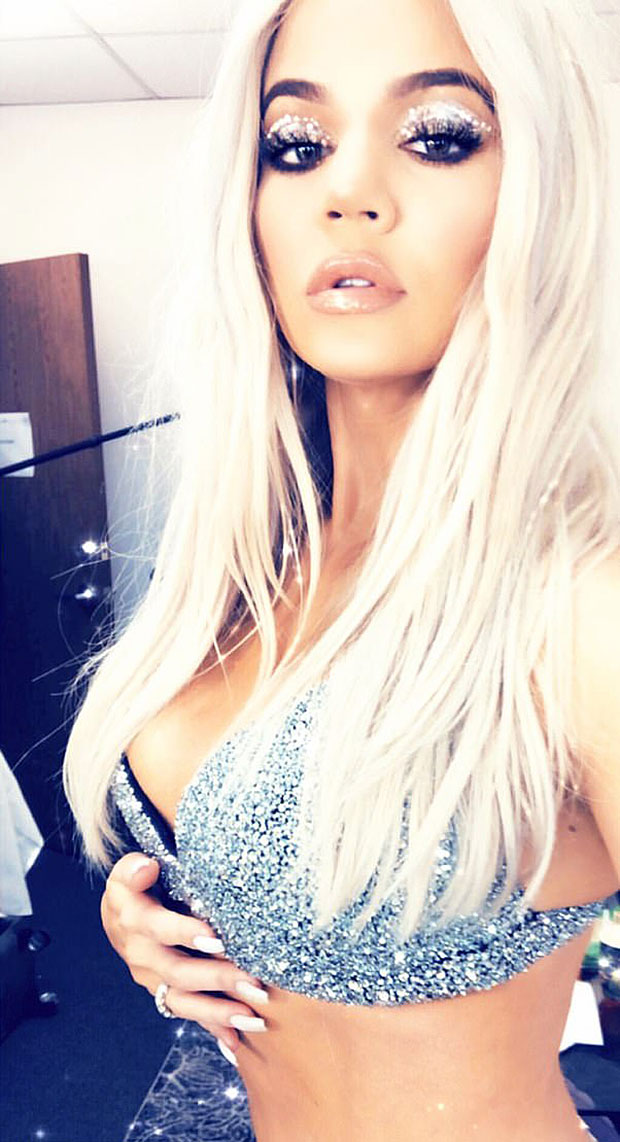 But, Khloe did admit that she had plateaued with her weight loss journey after baby that same month. “True’s almost 5 months old now and I’m really close to my goal, but I’m plateauing. Now it’s sooooo hard!!! I get really discouraged, but at the same time I try to remind myself how long it took the first time to lose all of my weight,” she wrote at the time. “I have about 17 pounds of weight left to lose, and then I want to tighten my muscles back up,” she continued. — That was in mid September, and just merely three months later, it looks like she shed those last 17 if you ask us!

She’s been eating healthy and working out regularly, as she did during pregnancy, but “some days are harder than others.” Khloe assured fans that although her goal is important, she’s focused on being a mommy first and foremost. And, rumors has it that Khloe and Tristan are trying for a second baby, despite their ups and downs.

Since the cheating scandal, where Tristan was caught stepping out with multiple women (in April), the two have been committed to repairing their relationship. Khloe is currently in Cleveland as Tristan’s season with the Cavaliers is in full swing. But, it’s unclear if she will head back to LA to spend Christmas with the Kardashians. We’re also hearing that Khloe is hoping for a Christmas engagement! Regardless, we do know that she’ll look damn fine at Kris Jenner‘s annual Christmas Eve party!