Like mother, like son! Spurgeon is growing up and looking more like his mom every day. See the new pic that has fans freaking over their similarities!

One thing is for sure — Jessa Duggar, 26, has got some strong genes! The Counting On star posted a few new photos of her sons Spurgeon, 3, and Henry, 1, and one of her boys is her spitting image. Her youngest may have light blond hair, but her oldest inherited Jessa’s curly, dark locks. And not only that, but his face is shaped exactly like hers! “Wow Spergie looks IDENTICAL to you,” one fan commented beneath her Dec. 12 photo spread, while another added, “Could Spurgeon look any more like you? He is your twin!”

No one’s arguing that! So what was Jessa’s mini-me doing with his little brother in the adorable pictures she posted? “When you take your kids to a fabulous playground, and they spend 99% of their time doing things they could do in their own backyard… running all over the green space, picking up sticks, throwing leaves, kicking pebbles, and sitting on a bench watching passing cars,” the mother of two wrote. “Doesn’t take much to entertain kids.” LOL! She showed photo evidence of this from the boys poking sticks into piles of leaves to sitting side-by-side on a bench.

Spurgeon and Henry are clearly so close! Jessa is really great about letting followers into her family’s life, so Counting On fans have been able to see the baby boys grow up on the TLC show and on social media. 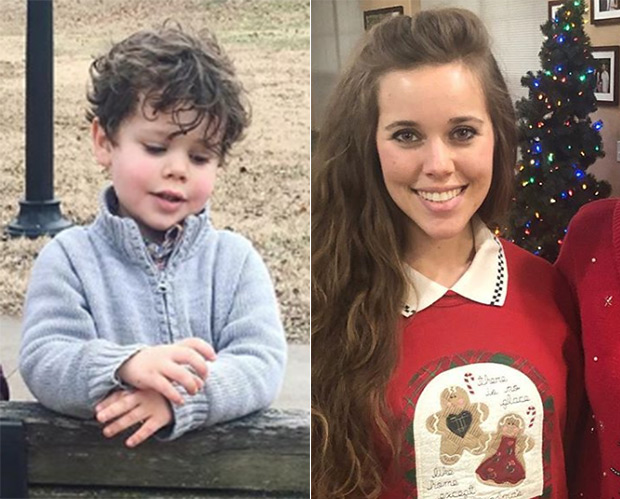 But will she stop at just two or keep trying for more? Her mom Michelle Duggar, 52, is known for having nineteen children, and rumor has it that Jessa and her husband Ben Seewald, 23, may have a third on the way. Pregnancy rumors swirled after the reality star wore a baggy sweater to an ugly Christmas sweater party that may have been hiding a baby bump, but only time will tell!