Mike “The Situation” Sorrentino, 36, and Lauren Pesce, 33, are living it up in honeymooner’s paradise… wherever that may be! The newlyweds are vacationing somewhere “in the desert,” Pesce revealed, while sharing snaps from their honeymoon. But, it’s unclear where they have retreated to. Sorrentino and Pesce are enjoying some QT alone before he heads off to prison on January 15. The Jersey Shore star will serve an eight-month sentence and two years of supervised release for tax evasion, as ruled by a judge in New Jersey in October.

“Hello Honeymooners,” The Situation captioned a selfie of him and Pesce in front of a mountain landscape. They bundled up in sweatshirts and jackets in the photo. Meanwhile, she showed off her assets in a black bikini while lounging in a pool. In a boomerang posted on her Instagram (and reposted by her husband), Pesce showed off her amazing view while catching some sun in the desert.

Although Sorrentino was a bit on edge about his prison sentence, JWoww, 32, is confident he will only come out of prison a better man. “I keep telling him, he’s going to change lives when he goes there, and to do research on the place he’s going and see if he can get into any programs,” Jenni told HollywoodLife.com EXCLUSIVELY in late November. “[I told him to] see if he can help anybody while he’s there because I feel like it’s meant to be.” She continued: “Everything that he went through was meant to be. — Him going there is meant to be because he’s supposed to help someone. He’s so positive and brings such a light into everybody’s life at this point. I think even though it’s a really crappy situation, he’s going to make it into such a positive one.” 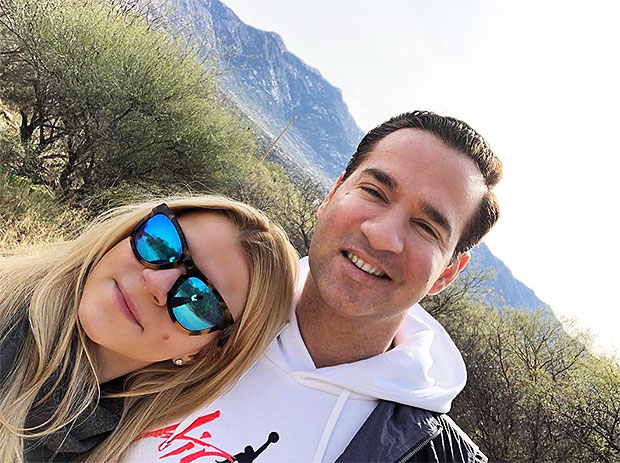 Mike Sorrentino and Lauren Pesce post photos from their honeymoon on December 10. 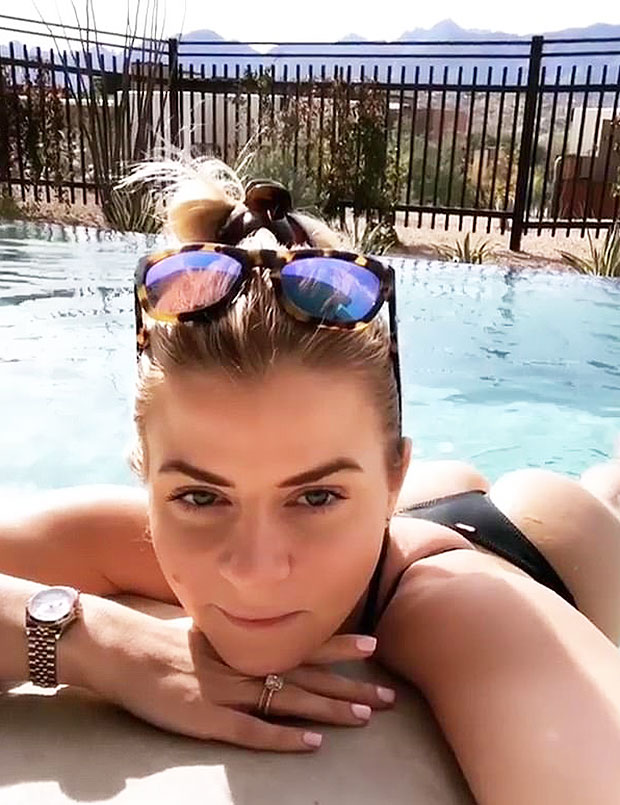 Lauren Pesce lounges by the pool ‘in the desert’ while on her honeymoon with Mike Sorrentino on December 10.

Sorrentino and Pesce met while in community college, and got engaged on Valentine’s Day this year. The college sweethearts announced their engagement on social media back in April. Sorrentino popped the question in Miami with a 3-carat cushion cut diamond, with pink diamonds. They wed in November in front of friends and family, including the cast of Jersey Shore, at The Legacy Castle in Pompton Plains, New Jersey. The couple has been open about their trials and tribulations through the years, as Pesce stuck by Sorrentino when he battled prescription drug abuse, and entered rehab.