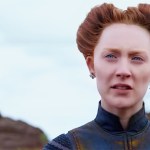 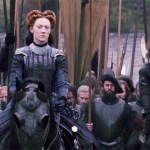 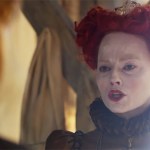 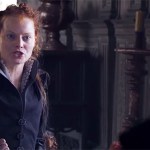 Taylor Swift laid low at the London premiere and after-party for ‘Mary Queen of Scots,’ which her BF Joe Alwyn stars in. Even though Taylor didn’t make a red carpet appearance, she was still photographed!

Taylor Swift, 28, and Joe Alwyn, 27, continue to be sneaky with their romance…even at a major movie premiere! Despite her self-professed big reputation, the pop star made it through the London premiere of Mary Queen of Scots on Dec. 10 without her photo being professionally snapped, as she opted out of the red carpet. She was just there to support boyfriend Joe Alwyn, 27, who plays the love interest of Elizabeth I in the historical drama that arrived in American theaters on Dec. 7. Thankfully, one of Joe’s co-stars sneaked a picture in…see it below!

This isn’t the first movie premiere of Joe’s that Taylor has showed faced at. The “Delicate” singer sneaked in through a back door to attend the premiere for The Favourite in New York City on Sept. 28! Joe even earned a rare shout-out on Taylor’s Instagram feed, as she shared a gushing tribute to the film on Nov. 22. But really, Taylor and Joe take turns in playing cheerleader. Joe was photographed with the pop star in NYC on Dec. 5, the same night of Taylor’s performance at the Ally Coalition’s Talent Show concert!

Joe has opened up about why it’s so rare to hear more details about his relationship, despite first being photographed with Tay in public in June 2017. “I know what I feel about it,” Joe said during an interview with Esquire, published on Dec. 7. “I think there’s a very clear line as to what somebody should share, or feel like they have to share, and what they don’t want to and shouldn’t have to.”

Unlike Taylor’s low-key appearance at the London premiere, the honorees of the night — Margot Robbie and Saoirse Ronan — made headlines with their red carpet fashion! See what the Mary Queen of Scots stars wore for the event.