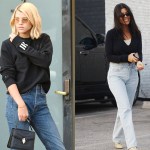 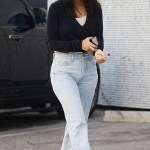 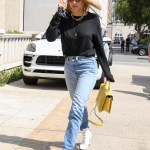 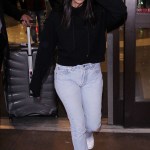 Scott Disick’s love for Sofia Richie AND Kourtney Kardashian is messing up his holiday plans, we’ve learned exclusively. How is he going to split his time with the two women?

Scott Disick‘s feeling a little too much love this holiday season. LD wants nothing more than to spend Christmas with his three kids, and that means celebrating with their mom, Kourtney Kardashian. The issue? He wants to celebrate with girlfriend Sofia Richie, too! Now normally, Scott could just figure out a schedule for the holidays. It’s just a little more complicated than that; he’s “in love” with both women! “Scott has never stopped loving the mother of his children, Kourtney, and he wants to do everything he can to make her happy — especially over Christmas,” a source told HollywoodLife EXCLUSIVELY. “But, Scott is also in love with his girlfriend, Sofia, and is committed to doing everything he can to make sure she has a sweet, romantic holiday season, too.”

Oh, Scott. The Keeping Up With The Kardashians star is already in hot water with Sofia after Kourtney posted a suggestive pic on Instagram that showed Scott in the background. One wrong move on the holidays, especially when he’s with Kourtney, could further damage their relationship! So, Scott’s working extra hard to prevent that, the source said. “Scott feels a burden and responsibility to both of these women in his life to keep them both happy while being respectful of each other’s needs,” they said. “He feels like something is going to have to give and he fears he will disappoint someone cause he can’t do everything for everyone all the time.”

What’s LD to do? Spoil Sofia silly, a separate source tells HollywoodLife EXCLUSIVELY! “Scott knows that Sofia hates how much time he’s been spending with Kourtney, but he’s made it clear that his kids come first,” they said. “And if that means being with Kourtney, too, then so be it. Scott will be making it up to Sofia though, in his usual way, by buying her a lot of expensive, lavish gifts. He plans on going all out this year and totally spoiling Sofia, because that’s his way of showing her how much he cares.” Good luck!

HollywoodLife reached out to Scott’s rep for comment but did not immediately hear back.