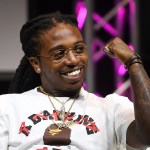 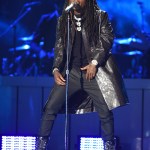 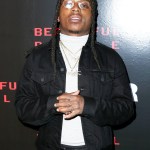 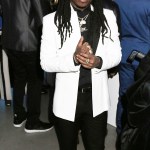 Chris Brown may have a mixtape with Jacquees coming out, but he’s with the fans. Chris wants the self-proclaimed king to stay in his lane before putting himself above ‘Grammy-winning guys,’ HL has EXCLUSIVELY learned!

Chris Brown’s not cutting his collaborator any slack. After Jacquees declared himself the “King of R&B” at the prime age of 24 on Dec. 8, Breezy wants the “B.E.D.” singer to show more respect. Yes, even despite their history together…which dates back to when Jacquees was 18 years old! “Chris thinks it is hilarious that Jacquees would call himself the king of anything at all,” a source close to the “Loyal” singer EXCLUSIVELY tells HollywoodLife.
There’s no hate intended, but Chris thinks his partner for tracks like “All My Life” and “Location” should reconsider the bold claim. “Chris knows Jacquees, loves his music, and has even worked with him, but feels like it is disrespectful to him and to accomplished, Grammy-winning guys like Usher and R. Kelly to be calling himself the King of R&B.” And a majority of angry tweeters agreed, some of which insisted that the title go to Chris instead. Chris, who has dominated Billboard charts since 2005, even subtly commented on the controversy with one sly comment on his Instagram Story: “I’m loving all the R&B love.”
And Breezy meant that genuinely! “Chris has been laughing at all the attention Jacquees is getting over his wild statement,” but “appreciates all the love and support his fans are giving him as response too.” But all amusement aside, Chris really does think that Jacquees’ statement “is ridiculous” and won’t “be crowning Jacquees as the king of anything.” Yikes — this isn’t the best promo for the duo’s upcoming mixtape which will feature just one genre…you guessed it, R&B.

But Jacquees has since suggested that he’s the king of R&B for Generation Z…a group that Chris, who’s 29 years old, is not a part of. “Chris ain’t apart of my generation…fun fact: he told me I’d do this to y’all when I was 18…I’m 24,” he posted to Instagram on Dec. 10, along with a video clip of Wendy Williams saying that Michael Jackson, Diana Ross and Chris are the royalty of R&B. As for the statement under fire, Jacquees said in an Instagram video on Dec. 8, “I understand who came and who did that and that and that, but now it’s my turn. Jacquees is the King of R&B. I just heard it said and I’ve been feeling that. ATL, let’s get it. I’m the new King of R&B.”