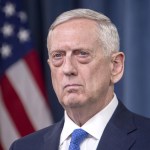 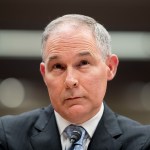 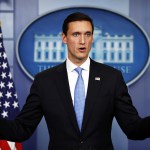 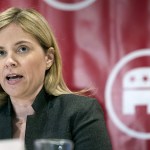 Another one bites the dust. Donald Trump’s Chief of Staff John Kelly will officially be leaving his White House position, the president confirmed. More details here.

General John Kelly, who is President Donald Trump‘s chief of staff, will be leaving the job by the end of the year, the president confirmed to press. “John Kelly will be leaving — I don’t know if I can say ‘retiring,’” Trump told reporters while leaving the White House for the Army-Navy game in Philadelphia on Sat. Dec. 8. Despite having clashed with Kelly over the past few months, the president called him “a great guy,” according to The New York Times. Trump said he will be announcing a replacement in the next day or two.

It’s unclear who will be replacing Kelly at this time, but it’s thought that Nick Ayers, Vice President Mike Pence‘s chief of staff, will take the job. President Trump is considering other candidates and actively discussing a replacement plan, according to CNN. Nothing is final until Trump announces it, however. The outlet reported shortly before the resignation that Trump and Kelly had reached a “stalemate,” and were no longer speaking to each other, despite Trump reportedly begging Kelly this summer to stay on for two more years.

Rumors that Kelly would resign started at the beginning of 2018, shortly after it was revealed that he knew for about the domestic abuse allegations against his righthand man, Rob Porter. It was hoped that Kelly, the former Secretary of Homeland Security, who replaced Reince Priebus as chief of staff in July 2017, would bring a sense of calm to the White House after a continuous series of departures by and firings of Trump administration members.

Kelly’s credibility was already shot long before the Porter scandal. In October 2017, he refused to apologize to Florida congresswoman Frederica Wilson after the death of Sgt. La David Johnson for publicly attacking her. At another point, he called Confederate General Robert E. Lee an “honorable man” and blamed the Civil War on a “lack of compromise.” In February 2018, he publicly said that immigrants known as DREAMers hadn’t become American citizens because they were “too lazy to get off their asses.”