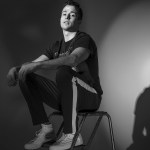 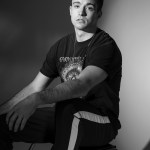 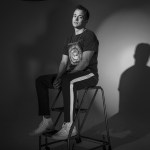 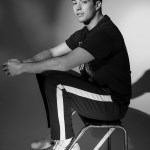 With his 1st single, ‘Sexual Vibe,’ Stephen Puth promises a bright future in music. We sat down with the breakout star for an EXCLUSIVE chat about the song, and how he found himself a music career, despite other plans.

Fate is a four letter word, and it’s one that accurately describes the journey that Stephen Puth, 24, has been on. Yes, the rising star is sibling to one of today’s most notable pop-stars, Charlie Puth, but, Stephen’s path to superstardom is in no way carved out for him. In fact, it was a finance career that first caught the singer’s eye! “First and foremost, music really was always a part of our life growing up,” the New Jersey native starts off our chat by saying. “I learned piano at a very young age, I was classically trained, but went to school, and then was dabbling around with a couple finance jobs,” he reveals. It would only a matter of time though, that he revisited his musical roots. “I just wound up switching over after college. I learned how to produce and just started writing, and two years later here I am. I’m not really sure what I did right, but it’s working. I realized when I was stressed out, I would always play music, so it just made sense, to switch over. It’s still valuable knowledge,” he adds with a grin.

Stephen grew up on a steady diet of his parents’ tunes which can be felt in the depth of his new single, despite it being a pop song at its’ core. “I love listening to my parents’ music. Anywhere across the realm of James Taylor, Van Morrison, obviously, The Beatles, Led Zeppelin, The Who,” he says, citing his influences. “Contemporary though…one of my biggest guilty pleasures is the Sirius XM coffee house playlist. I love just listening and finding new random artists. But – I really love everything.”

With his new track, Stephen is aiming for mainstream success, and has label support behind him. The crooner just signed to Arista Records! With the simmering, funky, “Sexual Vibe,” he lays down a strong foundation for his budding career, in the most relatable way. “The song is pretty much about going out and meeting somebody, wherever, whether it be a bar or club, on the street, anywhere, and that one instant small connection where as soon as you meet them your ears kind of perk up, and it’s like, ‘who’s this?'” he says of the track. “I think it’s really finite to focus on that because it’s such a weird moment that everybody goes through but no one really talks about – that first initial moment. That’s what the song tries to capture. The song was actually made over the course of two years. A full year after I first had the idea for the song, I revisited it.” The music video for the tune came on the same day as the audio release, and it will have fans feeling nostalgic for summer pool parties and warm weather!
Don’t expect the same sound from Stephen that you would from his brother. The singer finds a sound all his own with his new track, though, admits his family as a whole did have influence on his career. “Our whole family, our mom actually taught us piano…I want to say at like four or five-years-old. Around age 13, I went to boarding school, and I was fed up with the piano. I was like ‘mom, I’m done with this.’ I ended up teaching myself guitar instead. I love the guitar. I love producing itself too.”

The sky is the limit for Stephen, who is well aware that this is just the start! “‘Sexual Vibe’ is definitely the first release. That’s the goal,” when asked about the possibility of a forthcoming full-length record. “I think what’s important about the song is that it sets a foundation of distinction, where it’s like ‘alright, who is this guy?’ I think that’s what’s important about it being the first release,” he adds. “There’s definitely new music on the way. “‘Sexual Vibe’ is just the beginning.”