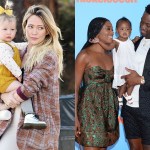 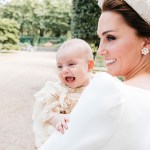 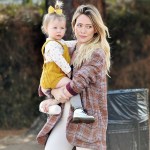 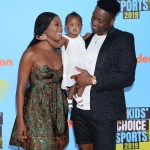 How can 2019 possibly compete? So many sweet newborns were welcomed to the world this year — three from the KarJenner fam alone! — and they’re all so cute. See the newborns for yourself!

Get ready to have your heart melted because the babies born in 2018 couldn’t be more adorable if they tried. TBH, there’s never been a sweeter roundup! From Chicago West‘s Jan. 15 arrival to Gabrielle Union and Dwyane Wade‘s first birth through a surrogate last month, the last twelve months have been full of chubby cheeks and mini-me outfits. With one precious bundle of joy after another, we could barely keep up with all the additions to our fave celebrity fams — but that’s a great problem to have! The KarJenners, especially, came out to play this year with not one, not two, but three births in quick succession. After Kim Kardashian, 38, and Kanye West, 41, welcomed Chicago ten months ago, Kylie Jenner‘s daughter Stormi Webster followed in February and Khloe Kardashian‘s daughter True Thompson came two months later.

See what we mean? There’s a lot going on in the KarJenner fam alone, but the Keeping Up With the Kardashian cast members weren’t the only celebrities to deliver little ones this year. In fact, so many other reality stars grew their families, too! Jinger Duggar, 24, and Jeremy Vuolo, 31, welcomed little Felicity in July, but two other Duggar sisters from Counting On entered parenthood for the first time before they did. Kendra Caldwell, 20, and Joe Duggar, 23, had Garrett in June, while Joy-Anna Duggar, 21, and Austin Forsyth, 24, welcomed Gideon four months before that in February.

This year also saw births from a certain Bachelorette, as well as a former Real Housewives of Atlanta star. We’ve rounded them all up in the gallery above, so keep right on clicking for newborn pics. You won’t be disappointed!