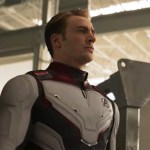 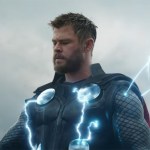 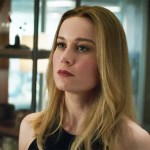 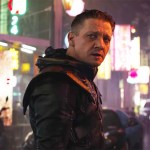 The first trailer for the biggest movie event of 2019 is here. The ‘Avengers 4’ trailer was unveiled on Dec. 7, and you’re going to need to sit down for this one. Epic doesn’t even begin to describe this movie!

Avengers 4 is undoubtedly the most highly-anticipated movie of 2019. After the shocking events of Avengers: Infinity War, fans have been waiting anxiously to see what happens next. The cast and crew have kept everything regarding Avengers 4 under lock and key, but now we’re finally getting a glimpse at what’s to come after Thanos wiped out half of the population. The trailer was released on Dec. 7, and revealed the official title of the movie: Avengers: Endgame.

The trailer begins with Tony talking with his Iron Man mask while he’s adrift in space with no hope in sight. “Part of the journey is the end,” he says. The trailer features the absence of Cap’s beard, the epic return of Hawkeye, who did not appear in Infinity War. Looks like he’s ready to suit up once again! “We lost, all of us,” Captain America says. “We lost friends. We lost family. We lost a part of ourselves. This is the fight of our lives.”

Directors Joe and Anthony Russo have dropped morsels of information over the past few months, including a very cryptic Instagram post that teased the movie’s title in Sept. 2018. One of the biggest mysteries surrounding Avengers 4 has been the name of the movie. This is the final Avengers movie, so they have to go out with a bang. Endgame it is!

HollywoodLife spoke EXCLUSIVELY with Joe at the Hamilton Behind the Camera Awards in Nov. 2018, and he gave us some scoop on the movie we’ve all been waiting for. “This movie is even more complicated than Infinity War, emotionally speaking,” Joe said. “These are complicated movies that are ending 10 years of storytelling and we’ve got a lot cooked up.”

Captain Marvel (Brie Larson) will also make an appearance in the fourth Avengers movie. In the post-credits scene at the end of Infinity War, Nick Fury (Samuel L. Jackson) signals Captain Marvel before he vaporizes into the air. Captain Marvel will hit theaters March 8, 2019, less than two months before Avengers 4, which will be released May 3, 2019.