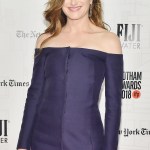 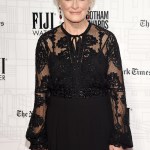 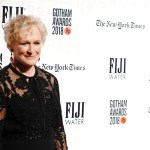 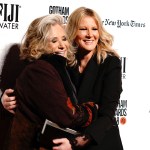 Alfonso Cuarón’s film ‘Roma’ has been called one of ‘the best movies of the year’ by countless film critics. The star, Yalitza Aparicio, spoke to HL about the film’s important message which needs no translation: love.

Oscar winning director Alfonso Cuarón‘s Roma is being hailed as a ‘masterpiece,’ with people from around the world enjoying the Netflix-produced black and white film, which takes place in the 1970s and depicts Cuarón’s childhood memories. Roma, shot by Cuaròn, himself, follows Cleo, a nanny to four children in a bourgeoisie family in Mexico City’s Colonia Roma neighborhood. Cleo, who is beautifully portrayed by first-time actress Yalitza Aparicio, not only gives her physical time and labor to the family, but also her emotional devotions, loving and raising each child as if they were her own. Yalitza, who was a schoolteacher-in-training before she was found at a casting call in Tlaxiaco, spoke to HollywoodLife.com at the Gotham Awards about Roma‘s beautiful story. “I feel a lot of happiness because that means a lot of people are getting to know this important story,” she said of the award-buzz surrounding the film. “It depicts a lot of political things that happen everywhere, but it, ultimately, shows the lives of these women who abandoned their own homes to go work in another house, and they give love with no limit and no conditions. They give everything into that new home.”

Cuarón’s autobiographical tale has already been awarded the highest prize at the Venice Film Festival, the Golden Lion, and won three New York Film Critics Circle Awards. Roma scored three Golden Globe noms for best foreign-language film and for Cuarón’s direction and screenplay. The film was chosen as Mexico’s submission to the Academy Awards, and has put a spotlight on the beauty Mexico has to offer, at a time when President Trump has attempted to villainize the country and its people.

From Cuarón’s visual masterpiece translated to the screen, to his casting of newcomers who bring a realism to the medium, Roma truly is one of the best films of the year and we’re excited to see it get the recognition it deserves this awards season. You can stream Roma on Netflix, or in select theaters.