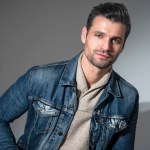 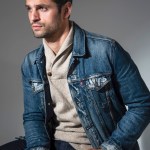 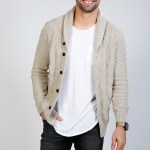 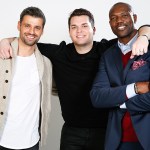 Do we have a hot new Bachelor Nation couple on our hands!? A new video appears to show Peter Kraus and Bibiana Julian hanging out at a basketball game…and fans are convinced they’re an item!

Peter Kraus and Bibiana Julian from Bachelor Nation are the subject of dating rumors after they were seen at a Miami Heat basketball game together. The pair’s apparent date went unnoticed by people at the game, but when they appeared in the background of a Bleacher Report video on Twitter, it got fans talking! The camera only pans to the duo quickly, but they look to be talking pretty close as they watch what’s going down on the court. As of now, it’s unclear if there’s anything romantic going on between the two, or if this was just a friendly outing.

Peter competed for Rachel Lindsay’s heart on season 13 of The Bachelorette in 2017. He was the gorgeous Bachelorette’s runner-up, and was left heartbroken when she told him he wasn’t getting her final rose. Fans fell in love with Peter, and after the season ended, it seemed he was a shoe-in to become the next Bachelor. However, Peter turned down the gig, and has not appeared on any Bachelor Nation shows since. Instead, Arie Luyendyk Jr. became the Bachelor, and Bibiana was one of the women vying for his love. Unfortunately, she was eliminated during week three.

Bibiana went on to compete on Bachelor Winter Games, where she was hot and heavy with Jordan Mauger for most of the show. They split before filming finished, though, so Bibiana went on Bachelor in Paradise next. Unfortunately, she didn’t make any lasting connections, and was eliminated during week two.

Whiteside got benched for the entire 4th quarter so he decided to leave early 😬 pic.twitter.com/0SRtQNYobB

Recently, Peter has been linked to Nikki Bella — the two went on a date earlier this year, and filmed it for her show Total Bellas. Previews for the upcoming episode, which will air in 2019, show them leaning in for a kiss, but we’ll have to wait until the show returns to find out if they actually go through with it! The two fizzled out after their one night together, as Nikki realized she wasn’t ready to start dating again just yet, according to TMZ.

We’ll certainly be keeping an eye on Peter and Bibiana’s social media accounts to see if anything more comes from this basketball game date!