Look at this little one! Gabrielle and Dwyane’s daughter Kaavia has such a sweet face, and her parents love showing it off on social media. See their latest post!

It’s a good thing fans can’t get enough of one-month-old Kaavia James because Gabrielle Union, 46, and Dwyane Wade, 36, won’t stop posting pictures of her sweet little face — and no one’s complaining! The actress and the basketball player have kept their feeds full of Kaavia since welcoming her on Nov. 7, even making the newborn an Instagram account of her own. Proud mom Gabrielle was the latest to share her daughter’s face on social media, this time in a Dec. 5 video on her story. In the funny footage, Kaavia looked to be lying on a dinner table while she stared straight at the camera and wiggled around. “Do I smell bacon?” Gabrielle wrote, playing Bob Marley‘s “Is This Love” in the background.

When these new parents show up close and personal pics of Kaavia like this, it’s more clear than ever that she’s Dwyane’s twin. Seriously, could she look more like her dad? Fans have been saying she’s the basketball player’s spitting image since just after she was welcomed to the world, but they’re still waiting on Dwyane to take a side-by-side pic with his daughter. Or better yet, maybe he can dig up an old baby picture and share that on social media. His genes are so strong that we probably wouldn’t be able to tell them apart!

Gabrielle hasn’t called out the similarities yet herself, but she has developed a hilarious new nickname for Kaavia — Shady Baby. 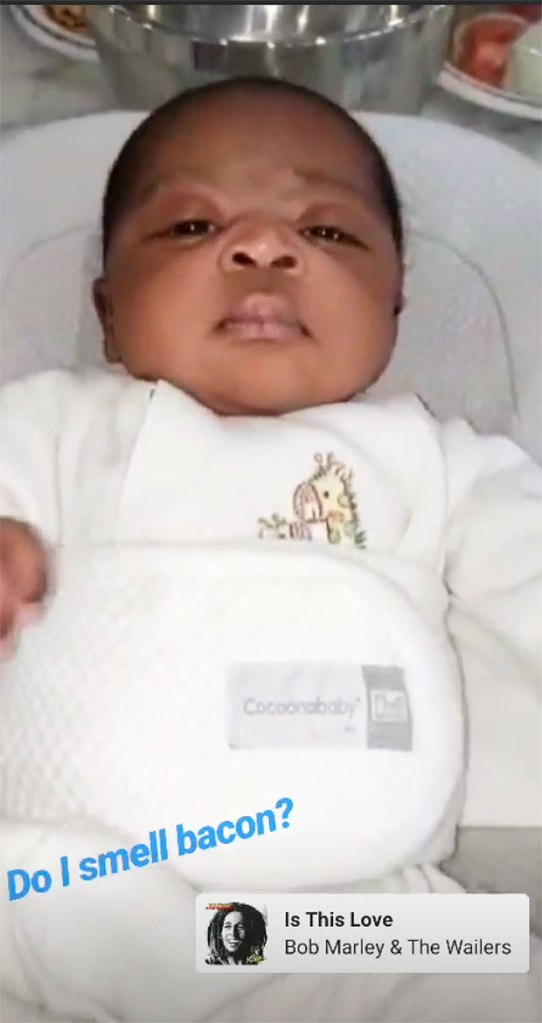 That’s because her daughter has the funniest facial expressions and looks super sassy in each and every pic! Fans have started coming up with creative captions for each new photo of the Shady Baby. LOL!