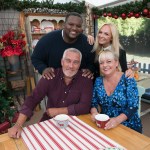 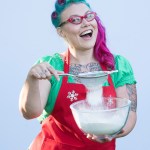 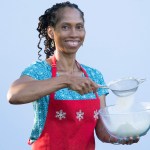 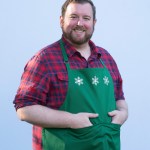 ‘The Great American Baking Show: Holiday Edition’ is back for season 4! HL spoke EXCLUSIVELY with new host Emma Bunton and new judge Sherry Yard about the new season and why we all love baking shows!

The Great American Baking Show: Holiday Edition is getting some extra spice! Spice Girl Emma Bunton joins Anthony “Spice” Adams as host of the hit baking series, based on the hit U.K. series The Great British Bake Off. Award-winning pastry chef Sherry Yard joins Paul Hollywood as a judge in season 4. The bakers this season will compete in holiday-themed challenges in hopes of being named America’s Best Amateur Baker.

“The essence of the show is the same,” Sherry told HollywoodLife EXCLUSIVELY at the show’s special screening in NYC. “It’s just American bakers and often now we’ve peppered it with more classic American recipes. What I cherish the most about it is that it’s about sharing and baking and eating delicious pastries.” Emma added that she could “listen” to Sherry talk about cooking and baking “all day” long. Getting the chance to host was such a treat for Emma.

“It was a dream for me,” Emma gushed to HollywoodLife. “I didn’t have to bake. I didn’t have to judge. I was literally just the host and got to eat lots of cake. It was amazing.”

Baking shows have become such a worldwide phenomenon, and we asked Sherry why she thinks the shows appeal to so many. “I think that baking over food is all about generations, and it’s about memories and sharing. I think that’s the first kicker. You get sucked in for that. The show has three separate challenges. You just never know what’s going to happen. It’s like sport. Because you could have a great baking day, and you could have a bad baking day. You could have a great morning, but a bad afternoon. We as judges didn’t know who was going to win sometimes because it would flip flop. It’s exciting in a very peaceful, camaraderie way.”

This is still a competition, and Emma admitted that it can get a little intense in the kitchen! “I’m not a baker, and it’s stressful because they put so much effort into each bake. Even though they all got on well, they’re very competitive. But I think the kitchen is the heart of a home. It’s where everyone goes. It’s warm. It’s togetherness, and I think that really comes across on this show. We had so much fun. We all got on so well.” The Great American Baking Show: Holiday Edition airs Thursdays at 9 p.m. on ABC.