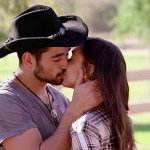 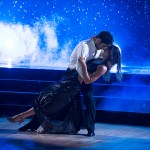 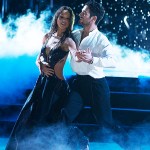 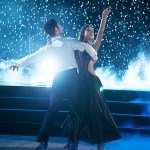 Alan Bersten just gave an update on where he stands with Alexis Ren after their romance-filled stint on ‘Dancing With The Stars.’ See what he had to say!

Alan Bersten, 24, and Alexis Ren, 22,dazzled the Dancing With The Stars stage this season, but it was their budding romance from the show, that still has fans talking! However, now that they have both resumed their routine busy schedules, it seems like the future holds some uncertainty for the pair. Alan gave an update about their current status to ET, and well, it was hardly the passionate response we expected. “You know, we’re talking,” Bersten said, with a nod and a shrug. “She’s in Japan right now and I’m about to go on tour, so we’ll see,” he added. Hmm, is the flame between Alan and Alexis burning out?

Fellow ‘DWTS’ contestant Witney Carson joined in on the interview as well, but her comments about their relationship weren’t any more promising. “It’s like The Bachelor. It never really quite works after [the show is done],” Carson said to ET, referring to the concept of a post-show romance.”I just mean like, you guys are going on to different things!” she added, with a laugh. “I don’t know.”Clearly, neither of these two have very much faith in reality show romance!

While things may be slowing down between the pair, it was just three weeks ago, during the show’s Nov. 19 finale, that Alexis gushed about her feelings for Alan. “So much of my growth this season has come from Alan,” Alexis raved before taking the floor to perform an Argentine Tango. “He has pushed me to believe in myself. It’s so much fun to dance with someone you have a connection with. We communicate, not just through our steps and movements, but with our hearts, too. I really found love. I’ve never felt better. Because of this journey, I know myself better than I ever have.”

The ‘DWTS’ judges first pointed out the spark between the Instagram star and Alan, about midway through the season in October. While they didn’t go on to win season 27 of the competition show, they did create some epic memories. Alan and his lady may have seemed like the ultimate power couple it looks like their future isn’t exactly set in stone. We’ll keep you posted on how this romance does (or doesn’t) develop!