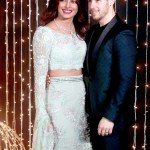 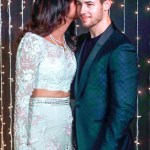 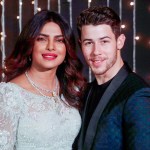 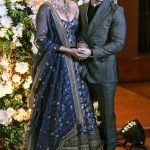 Nick Jonas and Priyanka Chopra continue their wedding celebrations with a lavish reception in Delhi, India! See the newlyweds and their families all smiles in this stunning group photo!

Priyanka Chopra, 36, and Nick Jonas, 26, are truly living a fairytale. After exchanging vows in two ceremonies honoring both her Indian background and his Christian upbringing, they took the celebrations to Delhi, India for a lavish wedding reception on Tuesday night! The newlyweds and their families posed for a group photo (as seen below), which featured their parents, as well as his brother Joe Jonas and his fiancee, Sophie Turner. Chopra’s brother, Siddharth is also pictured to her right.

In the photo, the actress looks beautiful in a beaded cream-colored lehenga — a traditional long, embroidered skirt with a matching long-sleeved cropped blouse — draped with a dupatta shawl. Meanwhile, Jonas looks dapper in a navy tux with a matching bowtie. Joe followed, wearing a navy blue suit, and Turner stunned in a peach-colored legenga.

Nick and Priyanka have had quite the wedding weekend in her home country. They hosted 225 guests, according to People, which was first to feature photos from the event. Guests included Jonas’s brothers Kevin (with wife Danielle) and Frankie. The wedding reception was also attended by the Indian Prime Minister Narendra Modi. 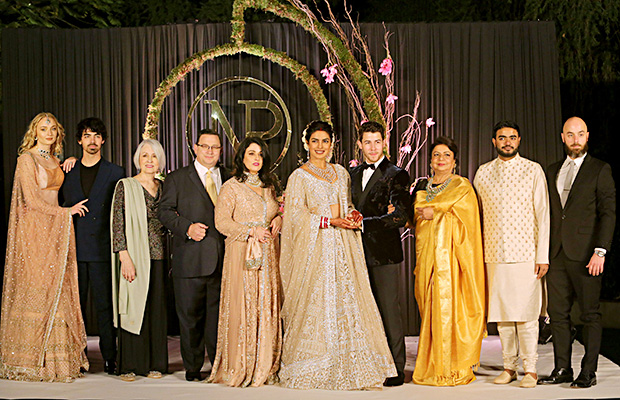 Nick Jonas and Priyanka Chopra join their families for a group photo at their wedding reception in Delhi, India.

They wed in a romantic ceremony in her home country of India on Saturday, December 1, where they were both embellished with henna tattoos, and a Sangeet that night, in which both families performed elaborate musical numbers with choreography and costumes, the magazine reported.

The nuptials, held at the Umaid Bhawan Palace in Jodhpur, Rajasthan, came just four months after their engagement in July 2018. Priyanka said “I do” in a custom Ralph Lauren gown with a 75-foot long veil. She was escorted down the aisle by her mother Madhu (her father Ashok died of cancer in 2013). Nick and Priyanka also held an engagement party in India, where their two families met for the first time. It’s unclear what their honeymoon plans.