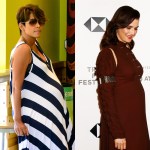 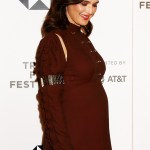 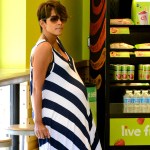 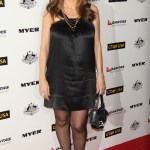 These ageless beauties welcomed babies to the world in their late 40s — and even in their 50s! Check out sweet pics of their budding bellies.

Kenya Moore, 47, gave birth to her first child in November of 2018, but she is far from the only celebrity to carry a baby so late in life. While some stars over 45 turn to surrogacy or adoption to grow their families, many, like Kenya, pursue the IVF path. The former Real Housewives of Atlanta star only had one round before she found out that she and her husband Marc Daly were expecting! After going to the hospital to get a blood test, she decided to cheat and take a less accurate pregnancy test from the supermarket — and got a positive result in the grocery store’s bathroom. Later that day, her doctor called to confirm the exciting news! And after announcing her pregnancy, the mom-to-be started flaunting her baby bump for her followers in skintight dresses and sports bras.

Not everyone has her level of success so soon, though! In fact, Mercedes ‘MJ’ Javid, 46, actually had polyp surgery to increase her chances of fertility before IVF. Polyps, more common in women over 50, can grow in a woman’s uterus, which isn’t ideal for someone who’s trying to have a baby. So it wasn’t until hers were removed that this Shahs of Sunset star conceived through IVF. While news of her pregnancy broke in October, Mercedes’ baby bump just made its red carpet debut earlier this month. She sported her budding belly loud and proud in a glittery, sheer dress that featured double thigh-high slits. Gorgeous!

That being said, these two reality stars aren’t the only hot moms in Hollywood who have added to their families after the age of 45 — far from it! Who could forget when Brigitte Nielsen, 55, announced that she was expecting last year?

Take a look at the gallery above for more stars and their miracle baby bumps!