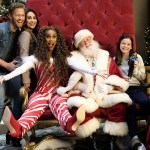 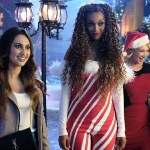 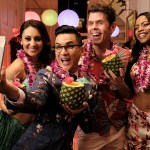 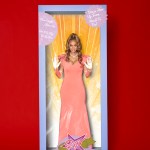 Tyra Banks and Francia Raisa became BFFs on the set of ‘Life-Size 2.’ Tyra admitted to HollywoodLife EXCLUSIVELY that she got ‘nervous’ about her lines, Francia really helped her through it!

Life-Size 2 is the sequel we’ve all been waiting for. The highly-anticipated follow-up film airs Dec. 2, and Tyra Banks is bringing her beloved Eve back to life for another adventure. This time around, Francia Raisa will be taking the lead alongside Tyra, playing Grace Manning. While filming the sequel, these two amazing ladies learned so much from each other.

“Well, I learned from Francia. I really am nervous about lines and running lines and felt the need that I had to be perfect,” Tyra told HollywoodLife. “But I realized, almost like with singing, it’s not so much hitting the note perfectly or hitting the word perfectly, it’s the intention. And she messed up sometimes too, and was like, ‘See, I messed up that line. You’re okay. You’re going to be okay.’ I was really freaking out about memorization because I’m a host and don’t need to remember anything.”

As for Francia, she loved the career advice she got from Tyra, whom she called a “true leader.” She continued, “She definitely took me under her wing a couple times and just gave me career advice. The questions I had, she answered. I mean, she’s been a vet in the game for a while, and you know, with concerns and stuff she was like, ‘Hey, you got this. You’re good.’ And it was really nice to see how she was a leader amongst everyone else, and we really took everything with grace.” Life-Size 2 airs Dec. 2 at 9 p.m. on Freeform.