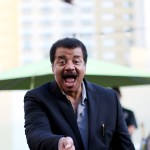 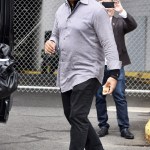 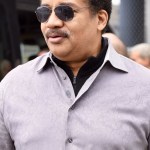 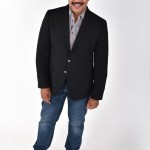 Celebrity astronomer Neil deGrasse Tyson is being accused of groping a woman in 2009 and making inappropriate sexual advances toward a female assistant. Get the details, here.

UPDATE (March 4, 2020): In July 2019, the American Museum of Natural History concluded its investigation. “The museum’s investigation into allegations concerning Neil deGrasse Tyson is complete,” a museum spokeswoman said in a brief statement, per The New York Times. “Based on the results of the investigation, Dr. Tyson remains an employee and director of the Hayden Planetarium. Because this is a confidential personnel matter, there will be no further statements by the museum.” Fox Broadcasting and National Geographic, which broadcast his television series, StarTalk and Cosmos, concluded their investigations in March 2019 and said that Neil’s shows would return to the air.

UPDATE (5:54pm ET on Dec. 1): Neil deGrasse Tyson addressed the accusations on Facebook, saying, “I’ve recently been publicly accused of sexual misconduct. These accusations have received a fair amount of press in the past forty-eight hours, unaccompanied by my reactions. In many cases, it’s not the media’s fault. I declined comment on the grounds that serious accusations should not be adjudicated in the press. But clearly I cannot continue to stay silent.” He actually addressed each accusation in detail before saying, “I’m the accused, so why believe anything I say? Why believe me at all? Accusations can damage a reputation and a marriage. Sometimes irreversibly. I see myself as loving husband and as a public servant – a scientist and educator who serves at the will of the public. I am grateful for the support I’ve received from those who continue to respect and value me and my work.”

ORIGINAL STORY: Neil deGrasse Tyson, 60, has recently been accused of making unwanted sexual advances by two women, according to Patheos. Dr. Katelyn N. Allers, a physics professor at Bucknell University, alleges that the celebrity astronomer “felt her up” at an after-party, following an American Astronomical Society conference in Long Beach, California in 2009. And another woman, Ashley Watson, told Patheos that she quit her job as Tyson’s assistant after he allegedly made inappropriate sexual advances toward her. These new accusations also come four years after a former classmate of Tyson’s claimed he drugged and raper her in 1984. Neil has yet to address the shocking accusations, but HollywoodLife reached out to his rep for comment. To learn more about the accusations, click here. But to discover more about Neil, check out the five facts we found, below.

1. Neil deGrasse Tyson is an American astrophysicist, author, and science communicator. Since 1996, he has been the Frederick P. Rose Director of the Hayden Planetarium at the Rose Center for Earth and Space in New York City. He’s also known as a “celebrity astronomer”.

2. Believe it or not, Neil had the night sky changed in the re-release of 1997’s Titanic, according to The Washington Post. Apparently, Neil wrote director James Cameron a letter and explained the sky was not depicted accurately in the movie as the stars were not correctly aligned onscreen. James didn’t reply, but when Neil ran into the director at an event, he nudged him on the issue. “Last I checked, Titanic had grossed $1.3 billion worldwide. Think how much more it would have grossed if I’d gotten the sky correct,” James said. It seemed like a dig, but James’ post-production team later called Neil about the proper star alignment so it could be fixed for the 2012 re-release.

3. Neil once thought about becoming an exotic dancer, according to did you know? While studding at the University of Texas, Neil was a member of the school’s rowing team, wrestling team, and the ballroom dance team. Looking for some extra cash, Neil considered working in Chippendales-esque clubs. But upon arriving at one, he said, “They came out in jockstraps having been soaked in lighter fluid, asbestos jockstraps, ignited, coming out dancing to Jerry Lee Lewis’ ‘Great Balls of Fire.’ I’m embarrassed to say that it wasn’t until that moment when I said to myself, ‘Maybe I should be a math tutor.’”

4. Neil was living near the World Trade Center when the attack of September 11 occurred. He even had footage that he filmed appear in the documentary 102 Minutes That Changed America, according to 10 Facts About.

5. Neil’s television appearances include The Daily Show and The Colbert Report. He was also the host of Cosmos: A Spacetime Odyssey in 2014.