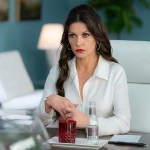 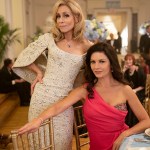 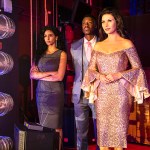 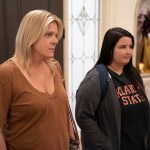 Robert Crowe isn’t going anywhere. HollywoodLife has an EXCLUSIVE preview of the all-new episode of ‘Queen America,’ and Robert is starting to intrude on Vicki’s territory. Watch now!

Vicki (Catherine Zeta-Jones) is selling her house, and Robert Crowe (Robb Derringer) wants to take a look at it now that he’s back in town in this EXCLUSIVE preview of the Dec. 2 episode of Queen America. “You doing this on purpose?” Vicki thinks Robert has some ulterior motive in looking at “her” house. Robert says he just needs a place to stay, and this is an open house. “Do I need to explain further or do you still not understand logic?” he asks her sarcastically.

Vicki’s not letting him off easy. “This is my house,” she proclaims. “Every time we drove this house since when we were teenagers I talked about what my life would be like if lived here.” Robert doesn’t seem to care.

“Vicki, this is going to shock you, but I don’t remember every conversation we’ve ever hand,” he quips. That one hurts. She claps back, “Those were important conversations.” Vicki storms off when Robert doesn’t relent.

Vicki ran into Robert after church in episode 4. He’s moved back to Tulsa, and she’s not happy about him being back on her turf. Robert is someone Vicki thought was in her past. Now he’s right in the middle of her present. Episode 5 of Queen America, a new Facebook Watch series, will premiere Dec. 2. Check out the synopsis: “Samantha is befriended by Brittany, Miss Texas US, and begins to trust her rival. Vicki’s stress about Ms. Texas and her coach leads her back to an old habit.”