One would think that if you’re constantly working on a horror set, you would get used to being scared, right? Well, according to The Haunting of Hill House‘s Lulu Wilson, 13, that couldn’t be further from the truth. “Being on set around all of the ghosts in the background, that I really have to watch out for — they’re always in The Haunting!” Lulu tells HollywoodLife EXCLUSIVELY of the Netflix series that has captivated audiences. “Sitting in the hair trailer and the makeup trailer while [the ghosts] are getting their makeup done, you know it’s fake, but there’s something about it that is just so creepy to me!”

After spending eight solid months filming the show, it’s no surprise just how close this cast has become. HollywoodLife was lucky enough to have Lulu share some exclusive behind-the-scenes photos from filming, too! (See them below.) “Carla (Gugino) is just the sweetest human being. She just treated us kids like we were adults which I appreciated very much,” Lulu says. ” Me and Violet are like sisters. We have that same bond. She even taught me things on set which is great because on set she was 6-years-old and she’s just the most mature little 6-year-old you’d ever meet. On the set I was always reading Fancy Nancy books to Violet.” 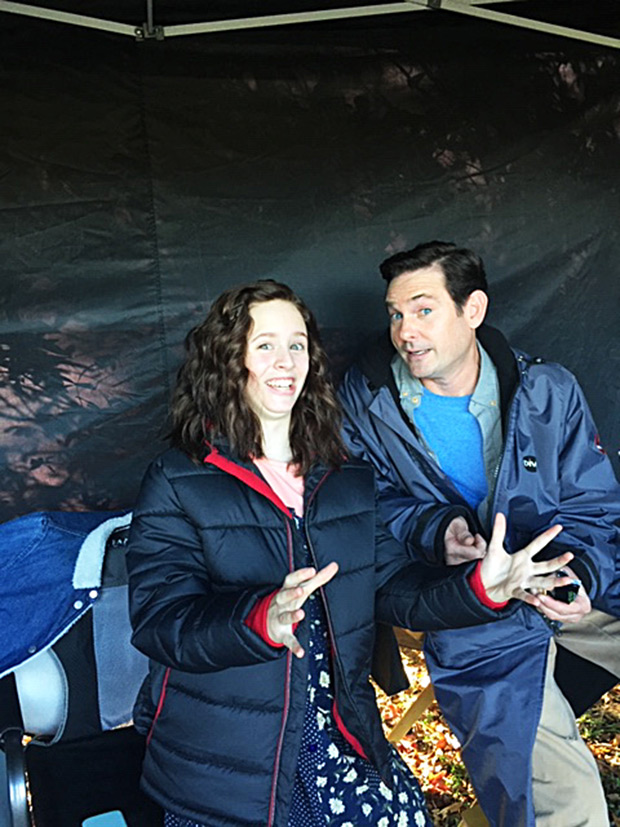 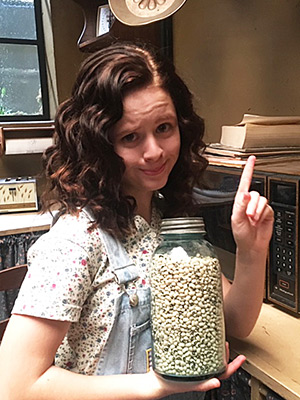 Now, the young star is about to tackle a much different role, as she will be playing a young Gloria Steinam in a new biopic, The Glorias: A Life On The Road, which is set to start filming soon. “I wasn’t expecting it at all,” Lulu said of getting the call and learning that she booked the exciting new role. “I always looked up to Gloria Steinam. She’s so amazing. I freaked out!” Though there’s still no word if Steinam’s real life stepson Christian will star in the flick alongside Lulu, with names like Julianne Moore attached, Lulu is excited to hit the ground running with the project and hoping that Gloria will reach out to her with some advice. “She hasn’t, but that would be really cool if she did. Right now I’m reading it again and again and I just can’t wait to start.”

It sounds like the movie is sure to be an early Oscar favorite!