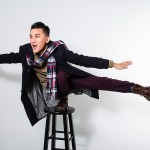 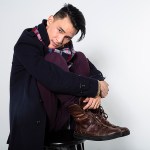 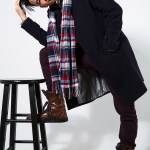 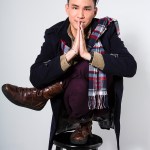 Hold on to your Barbie dolls, kids. ‘Life-Size 2’ is finally here, & one of the stars, Hank Chen, is dishing on working with the QUEEN, Tyra Banks & how they pay homage to Lindsay Lohan!

Eve’s great, no matter where she goes — especially in the sequel of Life-Size, which is finally hitting our TV screens on Dec. 2nd on Freeform! Hank Chen, who plays Francia Raisa‘s Grace’s BFF/Butler, Brendan, spoke to HollywoodLife about bringing back the iconic Tyra Banks movie and what it was like working with the top model! “Tyra is just such an icon that I feel like I tracked her career from the time I was a kid to America’s Next Top Model to the Victoria’s Secret fashion shows, everything!” Hank excitedly revealed in an EXCLUSIVE interview. “Being able to finally work with her and be treated like a colleague was really like a dream come true. I think I spent the first two days fangirling.” LOL.

Hank told us the story of the night before the cast had their first table read in Atlanta, and he received a call from an Unknown number to his cell — little did he know, it was Tyra, herself! “She was like, ‘I just wanted to welcome you to Atlanta, and just wanted to let you know that I am so looking forward to working with you, and your audition was so amazing, and you’re so funny and so talented.’ and she just went on. We just had a lovely conversation!” he said, adding that each member of the cast also received a call from the OG Eve that night. “The tone of a set is set by the number one, and that was Tyra. A complete class act.”

Now, when it comes to the storyline of Life-Size 2, Hank filled us in and answered some of our biggest questions — like will there be any LiLo references?! “Lindsey’s spirit was all over that set!” Hank exclaimed. “Eve is back, but we’re gonna pretend like Casey Stewart never existed? Of course not. I will just say that I think that fans of the first movie will be very happy with the end result.” OMG, we cannot wait. HollywoodLifers, tune in to Freeform on Dec. 2 at 9 PM to see Life-Size 2, as part of their ’25 Days Of Christmas’ lineup!