Maci Bookout’s fans are convinced she has a baby bump in a new video that her husband shared of the family’s Christmas decorations. Check out the buzz worthy pic.

Fans of Teen Mom 2 have been wondering if Maci Bookout is pregnant every since they accused her of photoshopping out a baby bump over Halloween. Now they believe they have the proof they need in a video taken by her husband Taylor McKinney where she was accidentally in the shot as he was showing off the family’s home Christmas decorations. In the vid, he films their home’s holiday filled wonderland and pans up to show Maci, 27, walking along the balcony of their two story home in front of a garland covered railing.

Though the camera quickly moved past her and she was pretty much a blur, fans claimed to have spotted a baby bump under her grey sweater. However, her belly was at railing level so it’s kind of hard to tell if she’s just wearing a baggy sweater or there’s really a pregnancy happening.

Fans called out Maci over allegedly Photoshopping a pic over Halloween to erase evidence of a possible baby bump. She and her family dressed up as Scooby Doo’s gang with the reality star as Daphne. She held two-year-old son Maverick in her arms while 10-year-old son Bentley stood beside her, but his right arm was visibly warped and Maci’s silhouette seemed wonky, with several bends in the left side of her body around her waistline. 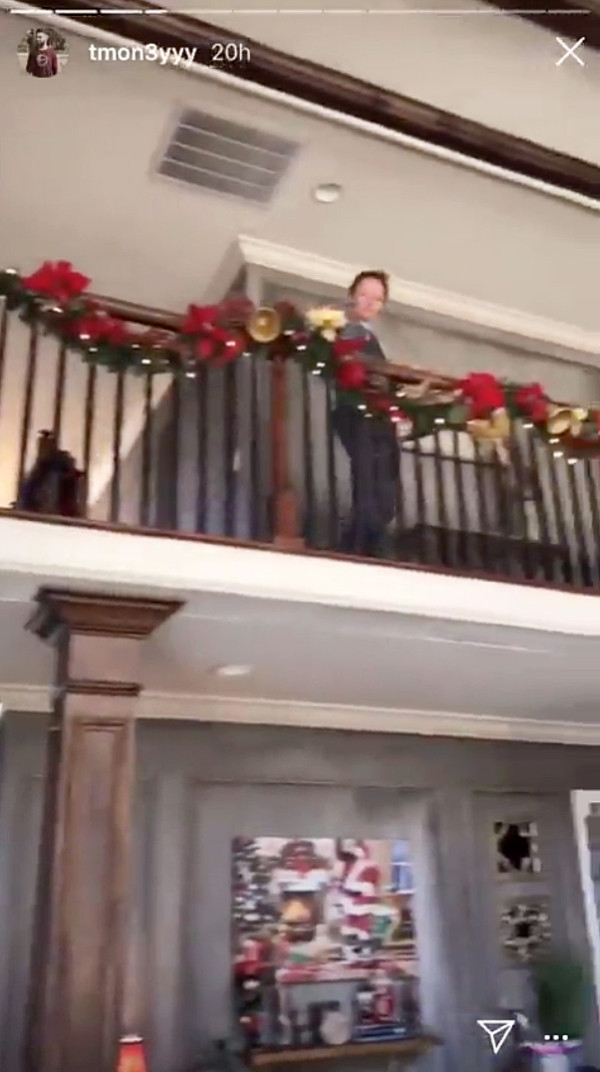 It’s really nobody’s business but Maci’s on if she is pregnant and how she wants to share the news. She suffered a miscarriage after having Maverick so maybe she just wants to be as far along as possible and out of the woods for losing a baby before she decides to reveal if she’s expecting. Or she’s just not pregnant at all and fans are just hoping for a new baby and using every photo possible to speculate that there’s a new little one on the way.