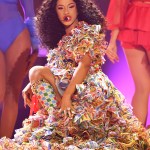 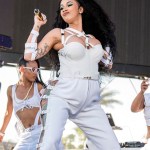 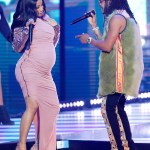 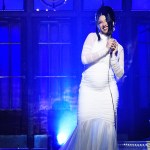 The Barbz are coming after Cardi B online after she planned to drop a rap battle with Offset on the same day Nicki Minaj’s music video for ‘Good Form’! See the angry messages ‘protecting’ their ‘queen’!

The Barbz aren’t happy! Nicki Minaj, 35, fans are roasting Cardi B, 26, online for attempting “overshadow” the release of Nicki’s “Good Form” music video. Why? — Well, as you may know, Nicki’s been busy teasing her new video, which features Lil Wayne, that drops on Thursday, November 29. So, where does Cardi come into play with all of this?

The “Bodak Yellow” rapper took to Instagram on November 27, to challenge her husband, Offset, 26, to a rap battle through the app “Tik Tok“. Now, Nicki’s fans think Cardi made a deliberate attempt to turn the spotlight on herself on the day Nicki’s video comes out. In their defense, the Barbz are saying that Nicki’s been promoting her video long before Cardi began promoting her rap battle. So, we’re going to stay neutral on this one, but, here’s what the Barbz had to say!

“BARBZ STOP POSTING ABOUT CARDIAC ARREST!! she is trying to overshadow nicki’s good form video on thursday and y’all are making it worse by posting her,” one loyal fan of Nicki’s wrote on Twitter. “Screw Fraudi! Do y’all realize she is only relevant if we make her,” another wrote, adding, “She capitalize off of Nicki hate. That why she has to comment on Nicki and her fans, otherwise she is nobody. Focus on buying and stream Nicki’s music. The more we ignore her the faster she will go away”.

While both rappers have yet to respond to online buzz, Nicki posted a cryptic tweet, writing, “whole squad on point.” Some fans thought she was responding to the Barbz, seemingly giving them the heads up about defending her. However, before you think too much into it, Nicki’s tweet was actually lyrics to her new track with Tekashi69, “Mama”.