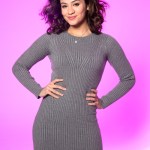 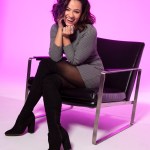 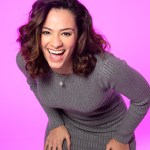 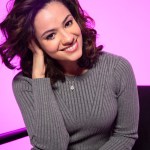 While Isabelle McCalla is living out her Broadway dreams in ‘The Prom,’ she’s also inspiring people across America in the role of Alyssa, especially after that history-making kiss at the Macy’s Day Parade!

When the cast of The Prom was rehearsing for their Macy’s Day Parade performance on Thanksgiving, they decided to stage the epic final kiss between girlfriends Emma and Alyssa to finish the scene, and planned to do it unless they were told not to by higher-ups. “Macy’s and NBC came to watch a rehearsal of it, and we did it with a kiss, and they just said, “Great. Cool. We’ll set up and we’ll see you on Monday for camera rehearsal.” Nobody said anything to us about it,” Isabelle McCalla, who plays Alyssa in the Broadway production of The Prom told HollywoodLife.com in an EXCLUSIVE interview. “Our director, Casey Nicholaw came up to Caitlin Kinnunen (Emma) and myself afterwards and he said, ‘They are focusing on the kiss. They don’t shy away from it. It’s actually a thing that’s happening. This is going to impact so many kids across the country.'” She continued, “At that moment it sunk in for us being on. This is a huge deal.”

The performance, and the history-making kiss, went flawlessly, and while it may have ruffled a few feathers, it was one step further toward normalize the universal fact that love is love. “Our goal with the show is just to show that we are humans like anyone else.There’s nothing different about people who are gay. They just want love who they love. They want to be themselves,” Isabella explained. “All of these young kids who are struggling with coming to terms with who they are and loving who they are and telling me how much this has helped that conversation along and helped solidify it for themselves. That is just the best thing.”

In The Prom, which the New York Times referred to as a “joyful hoot,’ Isabelle originates the role of Alyssa, a popular high-schooler and closeted lesbian. The show involves the prom in her small Indiana high school getting cancelled by the PTA, which is headed by Alyssa’s mother, because Emma (Caitlin Kinnenun), wants to bring her girlfriend — which, of course, happens to be Alyssa. “She is like so many young kids across the country who aren’t comfortable with who they are. They’re scared of themselves, in a way, and what coming out would mean to their relationships, and the fear of losing people you love is so common,” Isabella said of Alyssa. “She has this really big heart, and she’s trying so hard, but you know when you try too hard to please everyone else, you lose yourself along the way?”

You can catch Isabelle McCalla and her amazingly talented cast in The Prom, now on Broadway!