Cute couple alert! Kylie Jenner supported Travis Scott at his NYC show on Nov. 27, and the lovebirds were photographed holding hands after the show. See the cute pic here!

Kylie Jenner and Travis Scott don’t pack on the PDA for cameras all that often, but when they stepped out in New York City on Nov. 27, they held tightly to one another’s hands as cameras snapped away! The outing came after Travis performed at Madison Square Garden, where Kylie hung out backstage and watched the show. The hot mama debuted new silver hair for the event, and showed off her incredible post-baby bod in red pants and a shirt from Travis’ merch collection. The pair’s daughter, Stormi Webster, was backstage at the MSG show, but she was not photographed with her parents afterward.

While spending time backstage at the concert, Kylie shared a photo of herself on Instagram with the caption, “the look ya give when your hubby is performing at madison square garden tonight.” Kylie has been referring to Travis as her “hubby” for quite some time now, although it does not appear that they’re officially married. The two got together in April 2017, and less than a year later, Stormi was born. They kept their relationship out of the public eye for most of Kylie’s pregnancy.

Things are certainly going well for the duo, though. In fact, HollywoodLife has heard EXCLUSIVELY that Kylie is already thinking about having “more kids” with her man! “She would love to have at least another two,” our insider dished. “Kylie is in no hurry to get pregnant right now, though. She would like to wait another year before starting to try for a baby again, and this time she would like to have it more planned out.” 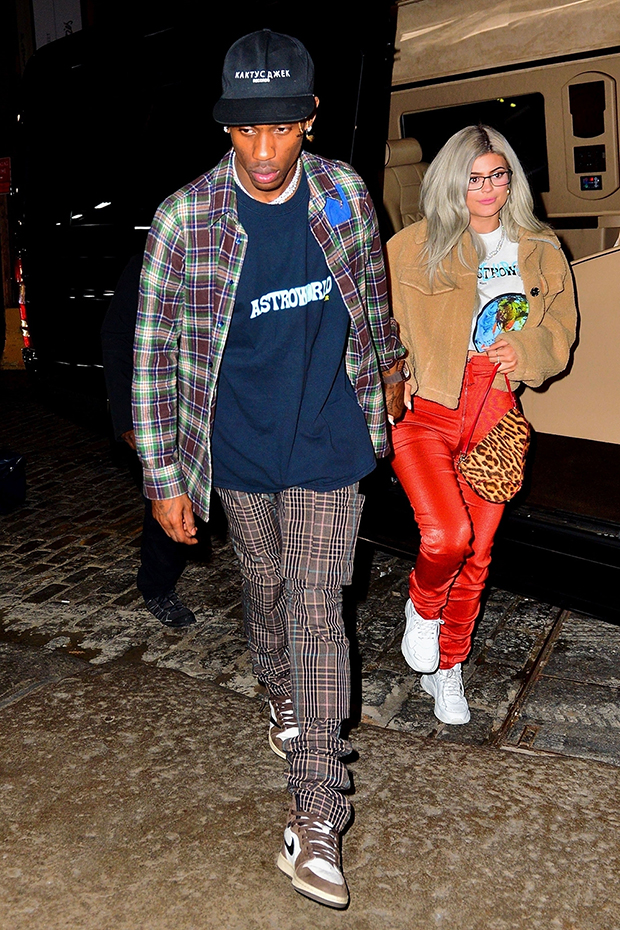 Kylie has been on the road with Travis since his tour kicked off at the beginning of November, but she did make sure to head home for Thanksgiving with her family last week. The entire Kardashian family was together for the holiday, except for Khloe Kardashian, who spent Thanksgiving in Cleveland with Tristan Thompson and their daughter, True Thompson. Because of Tristan’s busy NBA schedule, he was unable to get to California with everyone else.