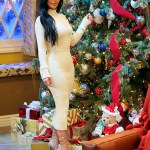 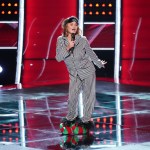 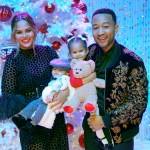 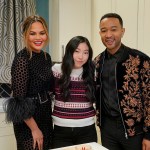 Kelly Clarkson was one of the famous faces we saw during John Legend & Chrissy Teigen’s Christmas television special. See photos of her appearance here!

John Legend, 39, and Chrissy Teigen, 32, are the ultimate power couple, but they’ve got some friends in high places too! When hosting their TV Christmas special, A Legendary Christmas With John & Chrissy, their pal Kelly Clarkson made an appearance, and wow – she looked amazing! Kelly sported a sequined black number for the hour-long Xmas special and was shining so bright!

Fans of Kelly know that she’s a host on the music competition show, The Voice, and during the Xmas special, she assumed her duties as a critic. However, instead of judging music newcomers, she put Chrissy to the test! Chrissy put on a show for Kelly and her fellow judges while dressed in a cozy pair of striped pajamas. It was a sight to be seen! Of course, Chrissy’s hubby got plenty of stage time as well during the show. The crooner played a plethora of holiday hits throughout the television special.

Kelly wasn’t the only star to join John and Chrissy for their first ever Christmas special! She was joined by fellow The Voice judges Blake Shelton and Adam Levine. Kim Kardashian also showed up for the festivities, as did her mom, Kris Jenner, made an appearance as well, among others.  Stevie Wonder, Esperanza Spalding, and the gorgeous Awkwafina? Yep, they were all there too! 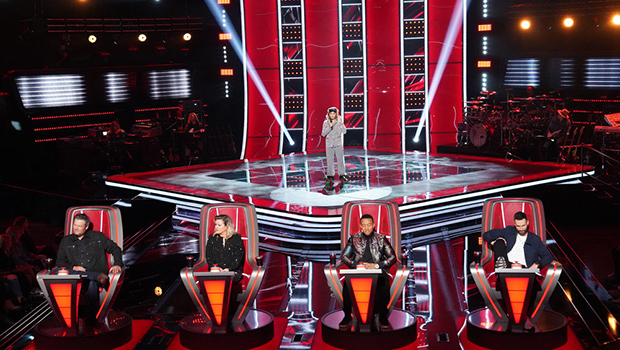 Kelly always looks gorgeous, but we are REALLY loving her in sequins! This may be John and Chrissy’s first ever Christmas special, but here’s to hoping they keep this tradition alive for years to come!