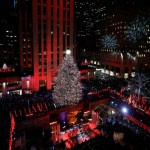 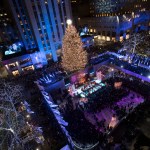 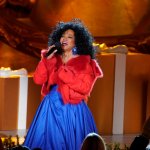 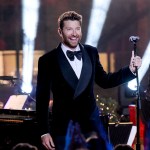 It may not be December, but it seems like it’s never too soon to kick off the holiday season. For New York City, it’s not officially Christmastime until the giant tree in Rockefeller center is covered in colorful lights. To celebrate the lighting of the world-famous Christmas tree, they threw a massive party and invited all your favorite stars! So many celebs were tapped to perform at Christmas In Rockefeller Center on Nov. 28, but the main star of the night was the tree – especially once the lights were turned on!

To help celebrate the tree’s lighting, Christmas In Rockefeller Center enlisted the help of Diana Ross, John Legend, Tony Bennett, Brett Eldredge, Pentatonix, Martina McBride, Kellie Picker, Diana Krall, and America’s Got Talent Winner Darci Lynne Farmer. Today anchors Savannah Guthrie, Hoda Kotb, Al Roker and Craig Melvin co-hosted the special, which of course featured an appearance by the Radio City Rockettes. How could it not? Howie Mandel was also set to make a special appearance. While it’s some were expecting Santa Claus, the AGT host is just as a jolly pick.

This year’s tree is a 72-foot tall, 12-ton, 45-foot wide Norway spruce from the Town of Wallkill, New York, about 75 miles north of New York City. The tree, estimated to be 75 years old – was cut down at the home of Shirley Figueroa and Lissette Gutierrez on Nov. 8, according to Hudson Valley, fulfilling Shirley’s dream of growing a tree big enough to be featured in the heart of New York City. When she and her wife moved to their home in June 2017, they heard that a tree on the property had been on the Rockefeller Center’s radar for years.

“The previous owner mentioned that the tree was in the running, but I just assumed it was a joke — or that Lissette had whispered to him to say that, just to convince me,” said Shirley. After being transported to NYC, it was covered with 50,000 multi-colored LED lights and topped with a Swarovski star designed by architect Daniel Libeskind, according to PEOPLE. The star – three-dimensional in its creation – weighs about 900 lbs. and featured 70 spikes covered in 3 million Swarovski crystals.

“The Rockefeller Center Christmas tree is one of those symbols that brings people together — all races, ethnicities, religions — it’s something that everyone can enjoy,” explains Shirley. “We are so excited that after the holidays, wood from the tree will be used to build Habitat for Humanity homes. It really does feel like we’re giving an incredible gift, first to New York, and second to the families who will move into the Habitat homes.”