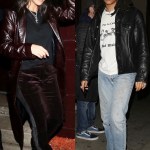 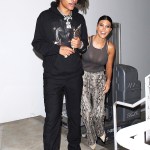 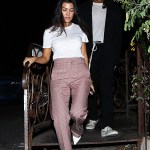 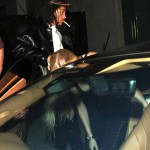 Twinning! Kourtney Kardashian & Luka Sabbat were both leather clad at his Nov. 26 birthday bash. See pics from their night out together!

It’s all good in the hood between Kourtney Kardashian, 39, and her ex Luka Sabbat, 21. So much so, that the reality star showed face at his 21st birthday party in West Hollywood! If these two are done for good, there’s definitely no bad blood here. Kourt not only supported Luka at the shindig, but reportedly left with him as well! In the wee hours of the night, the pair departed the party, held at the Peppermint Club, side-by-side. Plus, both stars were literal twins, and both chose to rock sleek leather jackets for the night out.

21 may be a major milestone, but Luka still kept it super casual for his big b-day party. The model wore a simple band tee under his black leather jacket, and sported a beat-up pair of converse sneakers on his feet. Luka’s light-washed jeans were worn-in and had a few stains splattered across the front, and he topped his look off with a black cap. Luka’s definitely got the ‘model off duty’ look down to a science! Kourtney got a little more creative than her ex-flame when it came to choosing her outfit. While just like Luka, she reached for a leather jacket that night, but her’s featured a crimson hue! The reality star wore maroon head-to-toe for the epic shindig, pairing her bold coat with flare corduroy pants.

Luka’s big bash wasn’t the only time Kourtney played the part of a supportive ex. On Nov. 19 she turned up at his Hot Mess label party at Harriet’s Rooftop bar on Sunset Boulevard, weeks after their split. The model shared photos of the event on his Instagram Stories feed that night, and Kourt looked more than happy to be there! In fact, one attendee spoke to HollywoodLife EXCLUSIVELY about what went down that night, and the pair may still have a spark between them. “Kourtney hardly left Luka’s side all night,” the insider said. “There was an obvious chemistry and spark between them. She seemed like his biggest fan and he was giving her special attention too,” they added. “It was his night so everyone was there to see him but he kept making sure Kourtney was taken care of. He made her a priority too.” 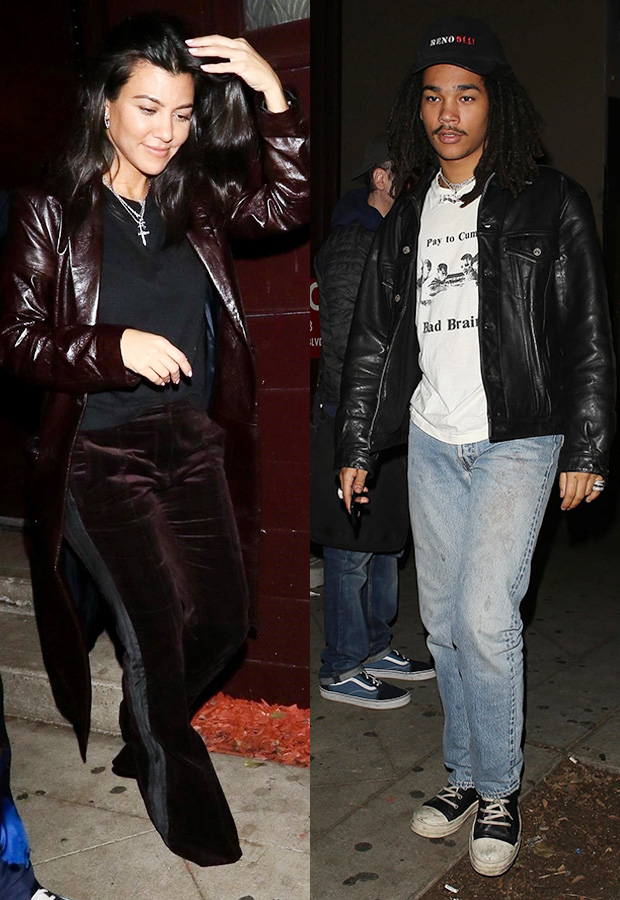 No one handles breakups with more grace than Kourtney. The star also remains friendly with Scott Disick, and even spent the Thanksgiving holiday with him, and their children, in Palm Springs! Kourt is a class act!