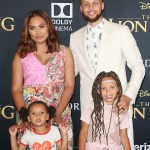 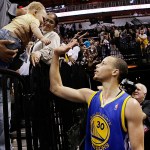 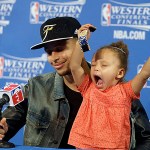 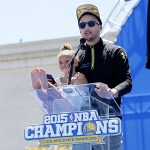 Don’t mess with Ayesha Curry’s kids! She called out a so-called ‘fan’ who criticized her for not styling daughter Riley’s hair. Ayesha doesn’t care what they think, and she made that clear in a scathing message!

All Ayesha Curry wanted to do was post a cute video of herself “being silly” with her daughter on Instagram, but someone, of course, had to ruin the fun. Ayesha and her six-year-old, Riley Curry, did a dub smash together to that hilarious Progressive Insurance commercial about the “meat sweats,” but all a commenter could focus on was little Riley’s hair. “Lawwdd have mercy WHYYY don’t you know how to brush them girls’ hair??? Drives me nuts!!! Still a love you, but damn Ayesha,” they wrote. Rude, right?

Ayesha immediately responded to the “fan,” writing back, “I don’t make moments happen for Instagram. Moments happen and I sometimes share. I’m not going to doll my children up for perception and anyone’s approval on here. If that’s what you want to see then this is not the page for you. Real life over here.” She’s right; kids run around with messy hair and rumpled clothes all day, every day when they’re hanging out at home. It’s pretty standard if a six-year-old looks unkempt sometimes. It shouldn’t matter, but when the family is making public appearances, like cheering on Steph Curry at his Oakland Warriors games, Riley and her siblings look absolutely perfect.

We’ve all got better things to focus on than a little girl’s hair. Riley’s pretty much the coolest kid around, and her dad got candid in a recent profile about her “career goals.” Turns out, she wants to be just like her parents. “We asked Riley, ‘Hey, Ri Ri — what do you want to be when you grow up?’” he wrote in an August 27 essay for the The Players Tribune. “And she didn’t miss a beat. ‘A basketball player cook.’ Like I said, the girl is really feeling her parents these days.” Cute!

She’s getting so big y’all 😫😫. I hope she’ll always love being silly with me. My big girl.

Meanwhile, while the haters are trying to bring her down, Ayesha and her kids are thriving. The chef just gave birth to her third child in July 2, an adorable boy named Canon Curry. What a beautiful family!