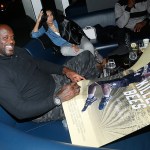 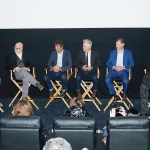 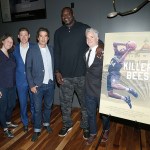 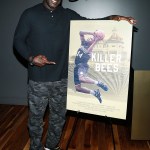 Do you like to cheer on underdogs with hearts of gold? If so, you need to watch this Oscar contender documentary directed by Benjamin and Orson Cummings, about the infamous Bridgehampton School basketball team.

Now, brothers Benjamin and Orson Cummings, former students at the school and players on the middle school team, have produced a heartwarming yet bittersweet documentary about the team and the Bridgehampton school community that supports it. And there is lots of well-deserved chatter that it will be an Oscar Contender.

The documentary focuses on the team members and their coach, Carl Johnson‘s, intense, dedicated efforts, to win the New York state high school basketball championship for the second year in a row. Coach Carl as he is affectionately known, has coached the team for 27 years after graduating from the school and being a former team member, whose potential NBA career was cut short when he was the victim of a shooting.

Carl has not a shred of bitterness about losing the opportunity for a lucrative and fame -filled NBA career and instead has channeled his energy and talent into relentlessly training and encouraging his student athletes: sometimes even acting as a surrogate father to his players. While most think of Bridgehampton, like all The Hamptons as a playground for the rich, it is a community like many other towns in the area, that has an ‘other side of the tracks’ local neighborhood, whose residents are working class and often are minorities. Bridgehampton School only has about 50 students and has a heavily minority student population, yet its basketball team has routinely beaten the basketball teams of far bigger and more affluent high schools.

Filmmakers Benjamin and Orson Cummings attended the school from kindergarten to eight grade, loved it, and were motivated to make the documentary after hearing from Coach Carl and another classmate about how the gentrification of The Hamptons was changing the community swiftly and that it was time they capture the story of the Killer Bees, before the magic of the team and its central role in the whole local community changed.

Basketball had been a decades long focus for the Bridgehampton’s school and through training, dedication and natural athleticism, the team won championships despite not being particularly tall, nor having in depth teams.

“The tallest kid on the team, (when we filmed) was about 6’2″ but a lot of them them are really such great athletes that they could go against players who are 6’10” and still outperform them, which was one of the legends of the program,” the Cummings brothers, who also wrote and produced the film, told HollywoodLife.com in an EXCLUSIVE interview. “So for the small school title, you’re not gonna win it (in NY state) without beating Bridgehampton. Just by wearing that uniform, they go out on the court and the other team is psyched out because of their reputation.”

The film follows Coach Carl and his team through a hard fought season, as they are cheered on by their families and the entire community at all their local games, and as well, follows team members who are seniors, struggle to figure out their futures in the outside world. Carl, and teachers provide support as does, Joe Zucker, a renowned modern artist, who has been a fan- turned- volunteer assistant coach, for years.

It’s hard for many of the seniors, who come from a single parent or low income family, to focus on college, despite getting recruitment offers from mostly D3 schools, explain the Cummings brothers.

“I think for some of them, it’s scary because the advantage of this school is that it’s small, friendly and warm but it can be something of a disadvantage because it’s hard to leave that,” says Benjamin. “Some of the kids were struggling financially and they just don’t buy in that it’s going to work out for them just filling out the simple form for financial aid, feels like what’s the point?,” adds Orson.

The directors also explain that for the Killer Bees members, playing Division 3 college basketball, “Is not that big of a deal — people don’t go to those games,” after playing for the Killer Bees. Nevertheless, the Cummings brothers are hopeful that the attention their documentary has brought to the Bridgehampton school and the team, is building financial support for the school and it’s revitalizing the school foundation. The brothers are thrilled that the foundation was able to buy a computer for one of the team members in the film and to provide college tuition support for others.

“We had a great experience at the school… it was terrific. We were lucky to go there,” say the director brothers. And after watching Killer Bees, we can see why that is so true.

To see the Killer Bees on demand, you can go to iTunes, Google Play and Amazon.