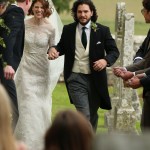 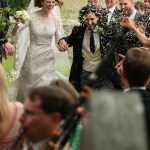 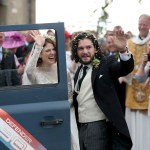 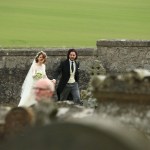 Kit Harington has adamantly denies cheating on Rose Leslie after Russian model Olga Vlaslova claimed they had an affair.

Kit Harington has spoken out against the reports that he cheated on his wife Rose Leslie with a Russian model. A representative for the Game Of Thrones actor dismissed the claims as “completely false” in a statement to People. This comes shortly after Russian model Olga Vlaslova allegedly shared what she claimed was a nude photo of Kit, and a Russian publication also reported on the alleged affair. Olga claimed that she and Kit met in Luxembourg, and slept together several times before he married his redheaded co-star, Rose, in June.

“The allegations in this story are completely false,” the rep told the outlet. “He’s never even been to Luxembourg nor has he ever met Olga Vlaslova.” Additionally, Kit has been open about his relationship with Rose since they began dating on-set of GOT in 2012, and he is absolutely smitten! “Because the country is beautiful, because the Northern Lights are magical, and because it was there that I fell in love,” Kit said of falling in love in Iceland for a cover story for L’Uomo Vogue. “If you’re already attracted to someone, and then they play your love interest in the show, it becomes very easy to fall in love.”

Additionally, in September at the Emmys, Kit expressed his immense gratitude for the cult-favorite GOT, saying, “It gave me my future family and my life from here on in. That’s the main thing it did for me, and it’s changed it completely.” Aw! Kit and Rose were married in a star-studded, Scottish ceremony at the  Kirkton of Rayne church on June 23, 2018.