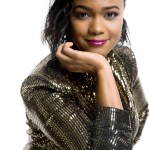 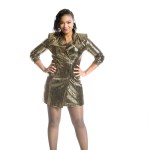 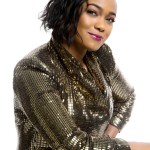 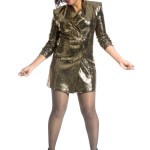 Tatyana Ali is starring in the Lifetime Christmas movie ‘Jingle Belle,’ and HL spoke EXCLUSIVELY with the actress about combining her two loves — acting and singing — for this special holiday film.

“The last film I did for Lifetime was called Wrapped Up in Christmas, and the producers asked me if I wanted to produce more and if there was anything in particular that I would like to do or any story I’d like to tell. I said that I would love to sing and act in a film,” Tatyana told HollywoodLife. “I never get to do those two things or very rarely. That’s how Jingle Belle came to be, so that is what stands out about it. The music is such a big part of it. We have two original songs, and Cornelius Smith Jr. and I actually sing in the movie. The music is how our characters fall in love.”

The movie follows Tatyana’s character, Isabelle, as she returns to her hometown to write music for the annual Christmas Eve Pageant. Isabelle left Mike, her high school sweetheart, and her hometown behind after graduation to study Juillard in New York. She comes back to learn that Mike is directing the show. Getting to perform original songs was a real treat for Tatyana.

“It’s actually an honor because the canon of Christmas movies is huge, but it’s very selective,” she continued. “It’s a lot of covers, people singing the same songs again, and bringing them back to life in new ways and reinterpreting them, but it’s special to have new Christmas songs out there.”

Tatyana also revealed details about Isabelle’s journey in Jingle Belle. Isabelle is “totally closed off and only career-minded” when we meet her. “The things that have hurt her in the past she is keeping at bay, and they’re kept in the past until she’s forced to reconcile them,” Tatyana teased.

The entire experience of making Jingle Belle was a delight for Tatyana, and she reflected on some of her most cherished moments. “Some of my favorite scenes were where our characters are writing music in the classroom, where we learned how to write music,” Tatyana said. “A lot of that wasn’t written, so we just played and vamped stuff out and made up melodies. It felt good. I want to do more of it.”