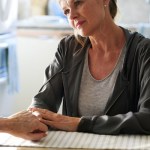 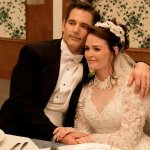 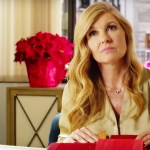 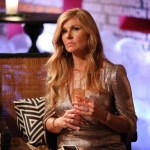 The hit podcast ‘Dirty John’ has finally made it to the small screen and, in the first episode, a whirlwind romance turns dark, fast.

If you haven’t binge listened to Dirty John – the true crime podcast about a four-time divorcee who marries a charming stranger-turned psychopath – prepare to become addicted to Bravo’s new TV adaptation, which airs on Sundays at 10pm. The Nov. 25 premiere sets the stage for the sex, romance and intrigue that will ultimately end in blood and tears. It begins with Debra Newell (Connie Britton) racing to a hospital room. In between, there are flashbacks of a massive knife, glimpses of a blood-soaked body shivering on the ground and sirens blaring in the background.

That’s when Dirty John goes back to the very beginning, when we properly meet Debra – an Orange County, California-based interior designer who’s looking for love. She’s clearly got everything she could possible want. Money, a successful business, a fabulous home, grown-up kids. There’s just one thing missing – a loving relationship. So Debra does what so many singletons do these days. She looks for a man online and goes on a series of unfulfilling dates.

After meeting several self-obsessed men she finally finds John Meehan (played by Eric Bana). On paper he looks like the perfect candidate – an anesthesiologist who has worked in Iraq with the charity Doctors Without Borders. In real life, however, he turns up at her home – for their first date at a fancy restaurant no less – wearing cargo shorts, a T-shirt and sneakers. “My mom says the guy she’s going out with tonight is a doctor. Is that you?” Debra’s daughter Veronica (Juno Temple) icily asks after she lets him in. Clearly Ronnie has figured out what everyone else (but Debra) will soon discover – John isn’t who or what he seems.

At first the date goes well. Debra and John hit it off. He does and says all the right things. He listens to her, charms her and they have amazing chemistry. When he takes her home things get hot and heavy but, when Debra tries to pump the brakes and heads to her bathroom to freshen up, John follows her, flops on her bed and starts praising her “amazing” mattress. Even worse, when she tells him that she prefers that they “stay in the living room,” John gets angry and storms out of her house without saying a word. Warning Sign No. 1.

Surprisingly, after some sweet-talking and an apology over the phone the following night, John convinces Debra to give him a second chance. Ronnie’s still not won over though and she makes that very clear during a joint therapy session with her mom. Debra thinks her daughter is being a judgmental brat. Ronnie thinks she’s spotted a gold-digging creep who’s a bad dresser.

Speaking of which, when Debra invites John to a fancy cancer charity ball he arrives to the black tie event, late, in dirty scrubs. Warning Sign No. 2. Still, Debra gets sucked in by his charm and idyllic dates by the sea. Five weeks after their first meeting he convinces her to rent a beachside property so they can live together. Yes, really! The romance whizzes along at a dizzying speed and Debra’s devoted to her new man even though he snaps at her younger daughter Terra (Julia Garner) when she visits with her boyfriend Jimmy. Warning Sign No. 3.

By the way, Debra’s kids have zero clue that she’s actually living with John. That illusion ends when Terra does some snooping around the house and finds old pictures and a nursing certificate in a closet, proving that John is a) living with her mom, and b) not a doctor at all! When Debra and John catch Terra red-handed, an argument follows and shockingly she is banned from the family’s Thanksgiving celebration. Warning Sign No. 4.

Despite all these glaring indications that something is not right with this man, during a pre-Christmas business trip to Las Vegas Debra lets John talk her into a quickie wedding. Eight and a half weeks after their first date they marry. Of course, the groom wore jeans!

Interwoven in the storyline are flashbacks of John talking to a hospital patient called Celia, before and after a major surgery, reassuring her that she’s in good hands. When the procedure is over she screams in agony. A nurse refuses to give Celia any more pain medication because the anesthesiologist gave her enough fentanyl. “I can’t feel it,” she moans. “It’s like he gave me nothing.” As for John? John’s long gone. But, of course, Debra knows nothing about her new husband’s dark past, yet.