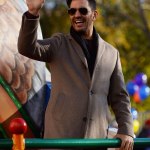 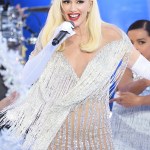 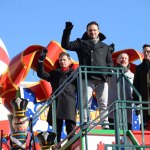 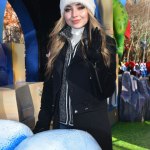 It wouldn’t be Thanksgiving without the Macy’s Thanksgiving Day Parade! No TV? No problem, as you can watch the live stream to see all the balloons, performers and amazing floats!

Whether you’re cooking a turkey, baking a ham or roasting a nicely seasoned chunk of tofu, there’s a single holiday tradition everyone can celebrate on Nov. 22: The 92nd Macy’s Thanksgiving Day Parade. The spectacle promises to be bigger than ever this year, and the best part is this: anyone can watch. Both NBC and CBS will air the parade, with coverage starting at 9:00 AM ET. However, for cable cutters and those who will be en route to grandma’s house, the event will be live-streamed on YouTube. Verizon 360 will give fans a chance to watch a 360-degree view of the parade, along with commentary from co-hosts Keith Habersberger of BuzzFeed and Zuri Hall from E!.

“This year’s Macy’s Thanksgiving Day Parade will redefine spectacle with a jaw-dropping mix of must-see entertainment for millions of spectators,” said Susan Tercero, executive producer of Macy’s Thanksgiving Day Parade in a press release. “Featuring an amazing line-up of high flying balloons, dazzling animated floats, world-class marching bands and performance groups, the nation’s top music artists, and of course, the one-and-only Santa Claus, the Macy’s Parade will once again herald the arrival of the holiday season.”

The 92nd edition of the parade will feature 16 giant character balloons; 43 novelty balloons, heritage balloons, balloonicles (think balloons on bikes), balloonheads and trycaloons; 26 floats; 1,200 cheerleaders and dancers; more than 1,000 clowns; and 12 marching bands. Plus, the show will be jammed packed with stars and performances.