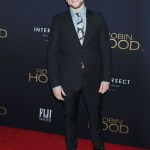 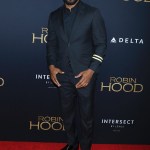 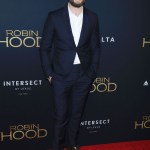 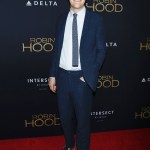 Robin Hood is getting a major revamp with Otto Bathurst’s 2018 film of the same name. HL spoke EXCLUSIVELY with the director about casting Taron Egerton, why the story is ‘more timely than ever,’ and more!

Taron Egerton’s next major role is playing the legendary hero Robin Hood in an all-new film. Robin Hood is in theaters starting Nov. 21, and it’s unlike any version of the character and story you’ve ever seen before. HollywoodLife talked EXCLUSIVELY with director Otto Bathurst at the New York City world premiere on Nov. 11, presented by FIJI Water.

“One of the things I love about the Robin Hood story is that the guy is an everyman,” Otto told HollywoodLife. “He’s just one of us. And so what’s so great about Taron is that he has that incredible charisma, and he’s an amazing actor, but he’s also very likable. You feel like he could be you, he could be one of us. To be a hero, you don’t have to wear an iron suit. To be a hero you have to stand up for the truth.”

Taron stars alongside Jamie Foxx, who plays Little John, and Otto loved the dynamic Taron and Jamie had together. “When you cast an actor like Taron Egerton, you know what you’ve got. When you cast an actor like Jamie Foxx, you know what you’ve got. You never know quite what’s going to happen when you put them together, so that chemistry was a real bonus,” Otta continued.

The Robin Hood legend goes back hundreds and hundreds of years, but the story is not dated whatsoever. “I think it’s more timely than ever,” Otto said. “In the 21st century, we have political leaders all over the world who are abusing their power, and religions throughout the world that are oppressing their people. We’ve got wars being fought that are completely unjust. We need people to stand up and claim their truth. And that’s Robin Hood. The cool thing about Robin Hood is he’s not a superhero. He’s all of us. And Marian as well, because Marian is an incredibly powerful part of the movie. We all have that power to stand up and make a difference, but which of us is going to do that?”

Robin Hood is a fun and refreshing take on the classic tale. There’s truly never a dull moment, and the action scenes are EPIC. “This film looks and feels and is nothing like any of the other Robin Hood films you’ve ever seen before,” Otto teased. “The story is being switched up in places, and we’ve got some surprises in there. It’s a very different take.” The film also stars Eve Hewson, Jamie Dornan, and Ben Mendelsohn. The after-party was located at The Top of the Standard.