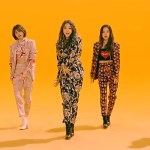 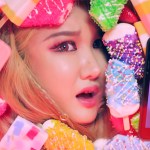 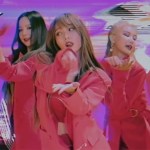 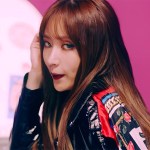 This is truly a glorious day! EXID has released their music video for ‘I Love You,’ and it’s absolutely amazing. Fans are living for this music video. Watch and see their reaction here!

EXID is making their full group comeback with Solji. The K-pop group featuring Solji, LE, Hani, Hyelin, and Jeonghwa, released their highly-anticipated music video for “I Love You” on Nov. 21, and we, well, love it! The music video is colorful, fun, and epic in every single way. All of the EXID girls look so fierce! This may be our favorite EXID music video yet!

This music video is memorable for a very special reason. “I Love You” marks the group’s comeback as a quintet after almost two years! One of EXID’s members, Solji, was diagnosed with a serious thyroid disease in Dec. 2016 and took a long hiatus. Now she’s back and ready for more music with EXID!

From the moment “I Love You” was released, fans were in love. One fan tweeted, “WE ARE STREAMING AND SUPPORTING EXID’S NEW SONG PERIOD!” Another wrote, “Music died with freddie mercury but was reborn in the form of EXID.” One fan tweeted the sweetest message about the group: “Exid have such a strong and unbreakable bond, they constantly mention how everything feels complete whenever the 5 of them are together and you can notice the stars in their eyes whenever that happens oh my God they love each other so much.”